By Courtney Espejo - March 14, 2013
Grace is only three months away from being three!

I've only been doing quarterly updates on her this year, because now that she's a big girl, there aren't as many milestones so close together. 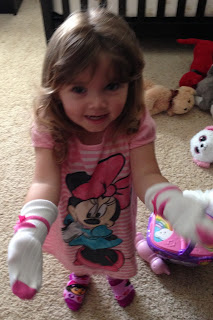 She is currently weighing in at 32.4 pounds, and stands at 36.5 inches tall (that's an inch and a half the last three months!).

She has been sleeping in her own bed for a while now, but needs mommy to tickle her back and snuggle before she'll fall asleep. She has to have her own bottle of water on the nightstand next to mine. We usually watch some TV in my bed, and then I'll move her into her own bed, and she'll almost always sleep there for the entire night.

She wears size 3T in just about everything and size 7-8 in shoes depending on the brand.

She loves to pick out her own clothes and wants to wear different shoes all the time. I recently got her these and cannot wait to see her face when they come in. 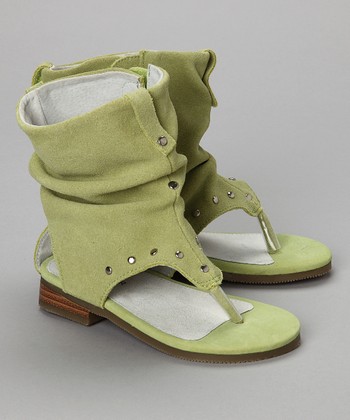 Her favorite foods lately are tomatoes, mac and cheese, peanut butter and jellies, rice, bananas, and chocolate milk. She has never really been a big fan of meat. We give her some each night, but she just eats everything else on her plate. She does always tell me that "chicken makes me strong" complete with flexed arms. Sometimes I can get her to eat a couple of bites if I bribe her with dessert.

She has been on a Monster's Inc. kick lately, so we are super excited for Monster University to come out a week after her birthday! She even asked the Easter Bunny to bring her a stuffed Sully in her basket. She is also really into Despicable Me and Wreck it Ralph this month.

She still wants everything we buy to have Mickey or Minnie on it. Blue has been her favorite color forever, but she's been asking for lots of pink stuff lately.

She loves bubbles (her first word besides mama and dada) and would chase them around the yard for hours. 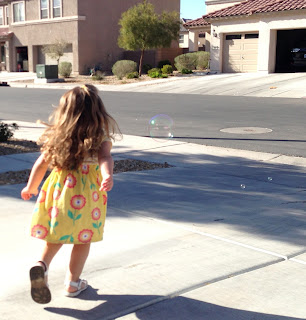 She is now in the early preschool room at school full time and has gotten really good at tracing letters and/or numbers. She's definitely a little smarty pants. She'll take her books out and read them to you. If we've read them to her recently, she has a lot of the story memorized and willrecite it to you.

Grace is still in swim lessons, but will probably be done by summer when we have more time to work with her in the pool. I'm so excited to start gymnastics as soon as she turns three.

She's crazy about the radio and knows all the words to Scream and Shout with Britney Spears, Trouble by Taylor Swift, and will randomly start singing every song. I have no idea how she knows the words to them all.

Somedays she loves Charley and won't stop hugging her. Other times she pushes her down and gets frustrated when she won't leave her things alone. (I guess that's normal, right?) 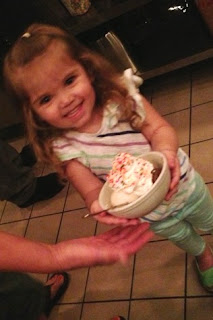 She talks about her favorite people and will say, "I love them alllll time to go."

She is super funny, and I've been trying to write down some of the funny things that she says. I don't always have my phone or a pen and piece of paper. I find that if I don't write it down within a couple of minutes, I'll be asking "what did she say earlier that was so funny?", and I can't ever remember.

My little girl is growing so fast. Isaac and I look at her all the time and tell each other that we cannot believe how big she is. She's just finished a growth spurt and her little legs look so long. She wants what she wants and is her own little person now. It makes me so sad, but I also love being able to interact with her. Isaac will start arguments with her just to listen to her argue back.
We love her so much and it grows more and more with each passing day. 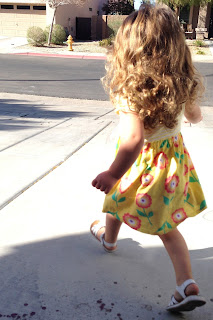 And now, I'll leave you with the best Grace Face quotes from the past couple of months:
~ Walking into the house after school - "This is sooo beautiful! This is our house!"
~ I was helping her put her pajamas on after her bath - "Thanks for the help, and thanks for you!"
~ Ask her if she wants something - "Ummm, no thank you."
~ Tell her to do something - "Ughhhhhhh!!!"

~ Charley starts crying, so I ask "Grace did you step on her?" Her response "No. I just pushed her down. She's too tall!"

~ Playing with random kids at Run Plus Fun - "That's MY sister. She's a Espejo."

~ Isaac rolls down the car window - "Dad, you crazy man. It's cold outside!"

~ Charley's doctor brings in a couple of trainees - "Everybody wants to watch Charley?"

~ Driving in the car with the sun on her - "My hair is yellow. It's just like Donald Duck! Isn't that so silly?"

~ Driving in the car with Isaac, I pointed behind us and said "What is that? Is that West?" Grace replies, "No, that's Grace!"

~ Telling her what we are getting ready to do, she ask EVERY time - "today or tonight?"

~ Picking up anything in the house - "Who bought this for me?"

~ Yelling random things at Daddy during one of their "arguments" that Daddy makes on purpose, he says "You don't make any sense." Grace yells back "I.Don't.Make.Any....Sense!"

~ Ask her how old Mommy is - "Mommy is four months old now!"

~ She lost her puppy at school (she takes a different one each day), and Ms. Erin found it for her. Grace tells her puppy, "Say thank you, Cashy. Thanks for founding you. At the school."

~ I tell her that we are leaving for the parade - "Umm, I hafta watch all the movies first, and then I can go to the parade."

~ Telling me about my hair - "You have brown one hair. Mine's is yellow."

~ Daddy told her to climb up the big stairs at the park. She says "you're crazy insane" and proceeds to go down the slide.

~ She was in the house, while Isaac and I were in the garage. She walks outside and says "Oh! Did you miss me?"

~ Eating candy with Daddy - "You dropped one? Ughhh. You're kidding me."

~ Isaac pulls into the neighbors driveway to turn the car around - "Watch out, Dad. That's not our house. That's people's house."

~ I tell her to say "cheese" so I can take a picture. She pushes her bangs aside and says, "Oh! My bangs are not ready."

~ Listening to a Johnny Cash song on the radio, the lyrics say "Don't take your guns to town." Grace sings along with it and then proclaims, "Hey! He says he likes guns!"

~ Ask her what she wants on her "sammich" - "I love potatoes (tomatoes) allll time to go. And I love peanut butter and jelly and I love bread all time to go."

She really is hilarious. I wish I could record her 24/7 and just play it back for you. The expression in her voice is the best part. The other day our six-year-old neighbor told me that Grace was so sassy. She definitely is. That's what I love most about my little ray of sunshine!
Grace Milestones