Showing posts from April, 2018
Show all

Her Name is Charley {and she's SIX today!} 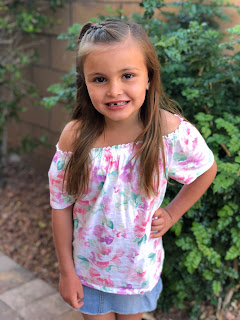 My Char Char is six years old today. I can't hardly believe it. She has grown into such a beautiful soul. This girl loves hard and fights harder. She doesn't give in when she wants something and always stands up for what is right. Charley loves animals (stuffed or real) and anything and everything to do with soccer. She's so fun to watch on the field. This girl is a ball hawk and loves to get in there to make sure the ball is always heading towards the right goal. Chawyee is the silliest kid and loves being goofy. You'll constantly catch her singing along to any song that comes on the radio, and she can't help but dance to the beat. Char always wants to dress herself, and her style is bar none. Her shirts never match her pants, but it doesn't matter as long as they're cute on their own. She loves the color mint and you can almost always catch her wearing it in some form or another. At six years old, Char is forty-six pounds and
Read more 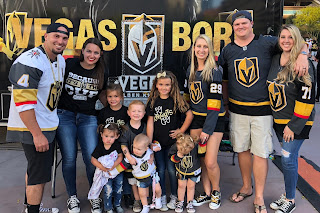 Picture of the Week: Watch Party at T-Mobile Arena (Go Knights Go!) Monday was the third day of the ABCs of Kinder, which meant it was 'C'halk Day. I picked the girls up from school, because they all had dentist appointments, and Perry goofed off while she waited for sisters. They girls all had cleanings and check-ups, and there were no cavities to be found.  I told Char we had to take her pictures before school, so Perry wanted a picture, too. Char had 'D'esk Switch Day at school, and she got to sit wherever she wanted in class. Gracie had soccer practice, and did so well! Her pull back followed by a goal was awesome. Char had 'E'xtra Recess Day at school. We went back to the dentist office for Grace to meet with their orthodontist and set a plan for her teeth. It looks like she'll be getting her expander sooner rather than later. Our Golden Knights made it to the second round of
Read more
More posts