By Courtney Espejo - March 20, 2011
Since St. Patrick's Day fell on a Thursday this year, the City of Henderson had the annual St. Patty's Day Parade the following Saturday.
We wanted to take Grace, but we weren't sure how she'd like it being so young and all.
We got up early, got ready, and grabbed a quick breakfast.
Then we headed down to Water Street to find a nice place to enjoy the view.
There were vendors selling all kinds of neat St. Patty's Day hats, necklaces, and toys: 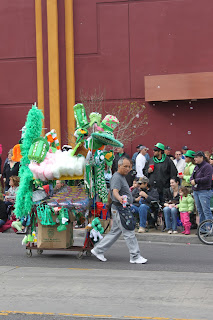 When we decided on a spot, we realized that we were right behind a friend of ours from high school!
Shelly was there with her three kids to watch the parade as well.
It was so nice to see her and her gorgeous children!
After we visited for a few minutes, the parade finally started: 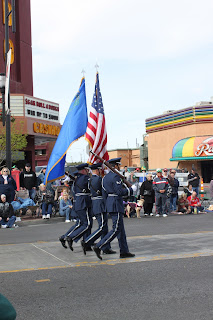 Daddy held Grace up high so she could see better: 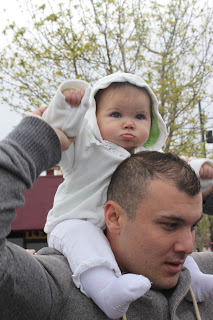 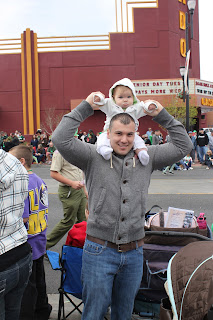 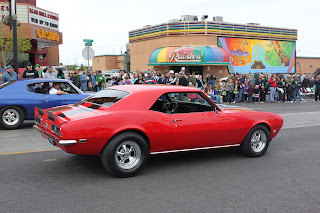 I really liked the drum line: 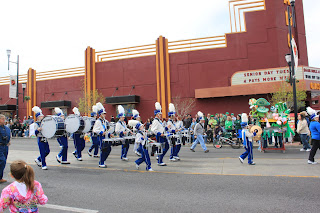 And Grace went CrAzY when all of the little dogs walked by: 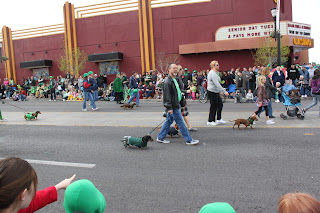 When Johnny Simmons' (an old family friend) float came by, he gave Grace a little ball that she would not let go of.
She held it for the entire rest of the parade: 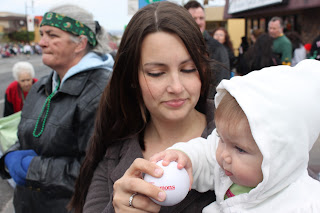 (By the way, don't forget to VOTE FOR JOHN SIMMONS for Henderson City Counsel Ward II on April 5th!!)
As the parade went on, Grace kept collecting goodies.
She got a butterfly tattoo, some auto air fresheners, an ice cream sandwich, and these cool beads: 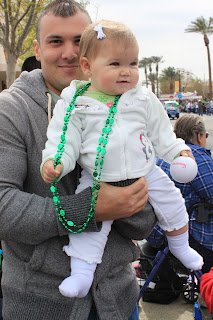 Carl's Jr. even gave her a cool star: 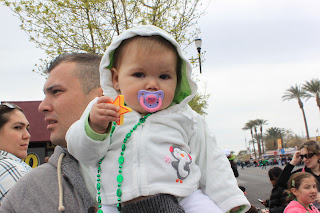 There were so many awesome floats, and there was green EvEryWheRe!
The parade had a little of everything from these cute little ponies: 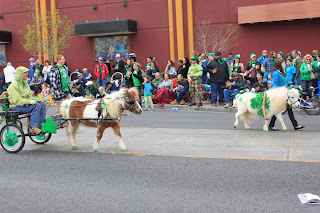 To an Irish band with bagpipes: 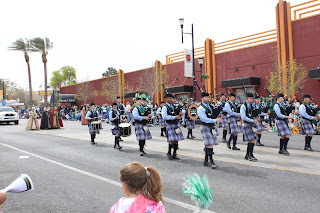 It was a little chilly outside, but other than that, it was a great day for a parade.
I was surprised that Grace lasted the entire time and was SoOo good!
She loved it: 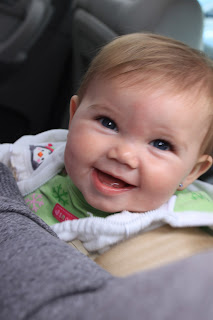 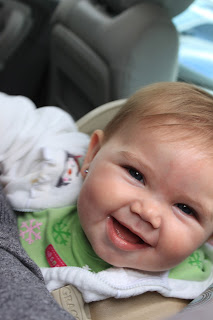 We took her out to do some shopping afterwards and she passed out.
The parade must have worn her out: 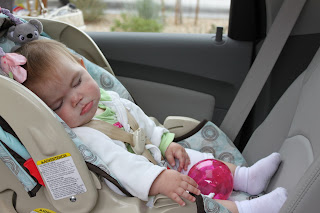 We had a super fun family day, and really enjoyed the parade.

This is a new tradition that we hope to carry on each year as our family grows.