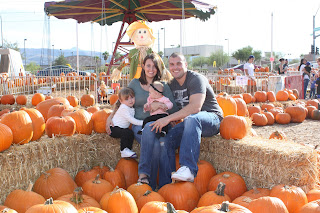 There is a cute little pumpkin patch on Stephanie that shows up every year around early October. I only call it a pumpkin patch for lack of better words. It's really just a pile of hay with some rides and pumpkins that you can purchase. Nonetheless, it's super fun for the kiddos.

Each time we drive past this "pumpkin patch", Grace begs us to take her. You can see lights, pumpkins, and huge slides from the main road where it's located.

We had been planning an outdoor play date with The Croppers for a few weeks, and this seemed like the perfect occasion to finally get together.

Baby Sophia is only a couple of months old, so she slept the whole time and didn't get to enjoy much. (I'm sure she'll be having a blast next year!) Even though she didn't get to play, it was still great to see Amy and Grant and catch up for a bit.

We grabbed lunch before heading over there, and Charley was all ready to go in her pumpkin gear: 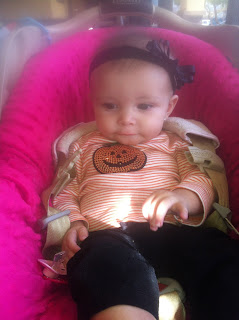 When we got there, Grace was instantly interested in the swing ride. She was so funny sitting absolutely still holding the sides the first few go arounds. She didn't even crack a smile. As the ride went on, she got a little more comfortable and put her hands in her lap. Cute girl: 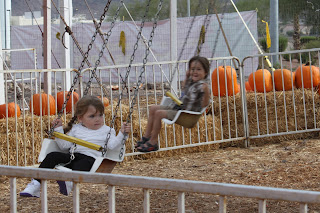 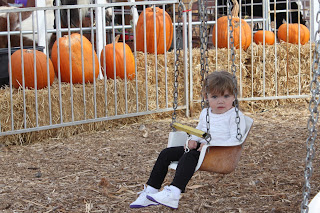 After the ride, we ventured over towards the big slides. Of course I had to get a picture of both of my girls together: 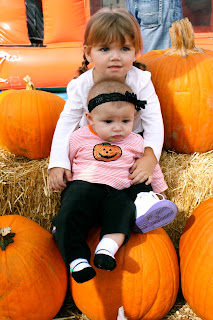 As I was talking to Amy, I noticed Isaac on top of the big slide with Grace face. She wanted to go again and again. This kid even cried when Daddy decided they he had enough: 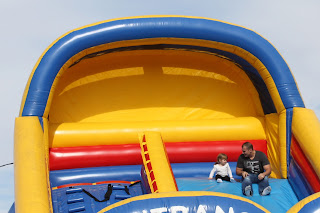 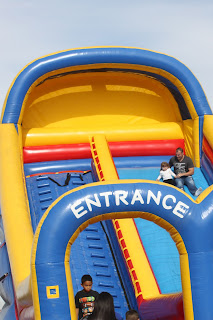 Charley started off hungry and/or tired but quickly fell asleep to take a quick power nap: 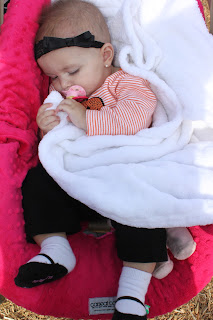 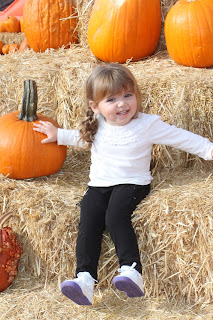 While sister slept, I took Grace on another ride. It looked like a bunch of bath tubs, but was similar to the teacup ride at Disneyland. Grace loved spinning and even helped me turn it. At her request, we went twice: 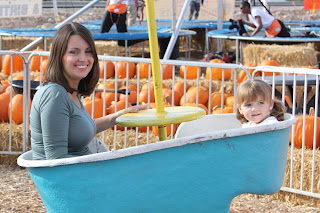 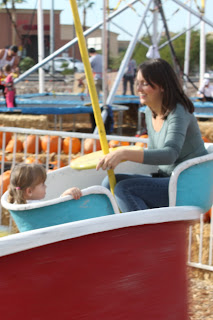 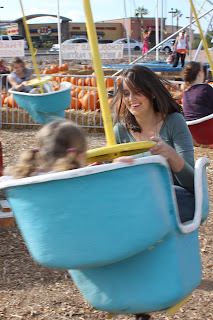 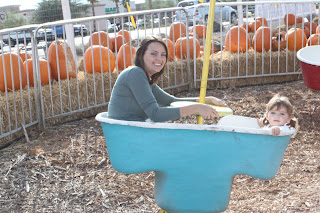 After the rides, we started scoping out pumpkins.

Grace liked all of them, and Charley woke up to see what was going on: 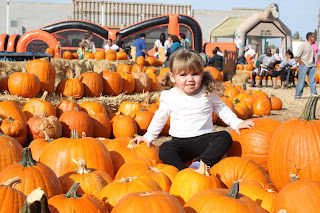 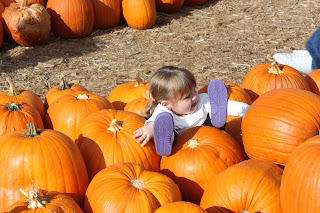 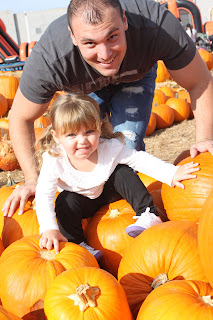 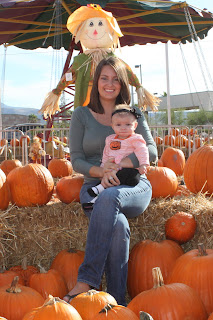 We got in line to pay for our pumpkins, and Grace insisted on getting this squash as well. Meanwhile, Charley went back to sleep: 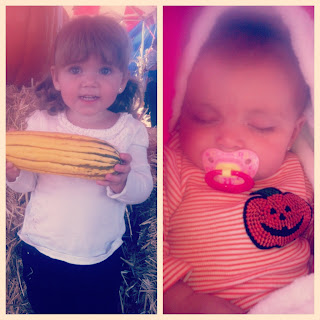 After all the pumpkin fun, Daddy got Grace a blue snow cone: 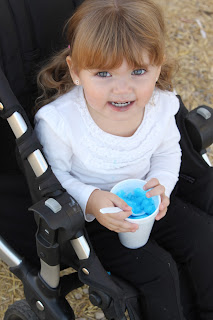 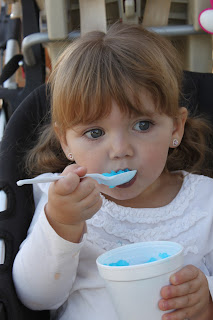 Something is backwards with this kid. Whenever she eats sugar, she gets tired almost immediately. We always joke that if we can't get her to sleep, we feed her ice cream: 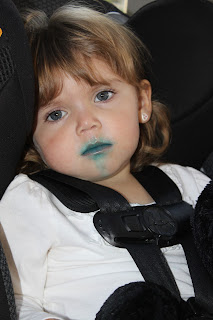 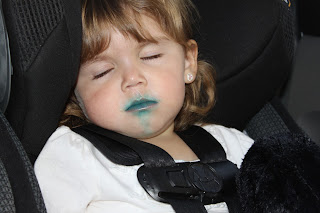 We had such a blast and both kids napped afterwards, so that was a double bonus. It's hard to believe that this is Grace's third Halloween. We've made it an annual tradition to stop by this "pumpkin patch" and have had a blast every single time: 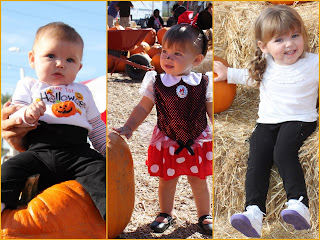 We'll be taking them to a real pumpkin patch in another week or so.