By Courtney Espejo - September 05, 2013
This past week, we celebrated our fourth wedding anniversary.
Usually, we do something kind of low key. This year, Isaac decided to plan a surprise date night. The week before, we were eating lunch at work, and he said, "I can't keep this secret anymore. I planned something for our anniversary." I didn't think much of it, because he doesn't usually do things like this. I figured he was planning dinner without the kids or something.
A few days later, he told me not to look at the bank account, because he was doing something. I kind of forced talked him into telling me what was going on, because I don't like surprises.
I have been talking about this restaurant on the strip, Serendipity 3, for months and months. I've tried getting him to go there for dinner or lunch, and we always end up somewhere else. He made reservations for our anniversary, so we could finally try it out. Not only that, he also had reservations for us to take a helicopter ride over the Las Vegas Strip and be chauffeured back and forth in a limo! I was totally shocked by this one. I am terrified of heights and was not expecting him to plan something so extravagant. He even got a baby sitter all lined up for the girls.
As the date approached, I was expecting myself to get all freaked out and nervous about the helicopter ride. Surprisingly, I never did.
The night came, and we left the girls with Auntie Elisha and headed to Caesar's Palace for dinner. 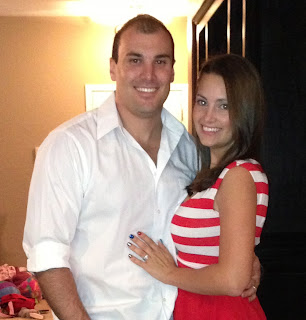 We arrived a little early, so we sat out on the patio for dinner while it sprinkled. We both have a love for people watching, so it was fun to watch them all walking down the strip. It was nice to be able to have conversations and laugh together without one of the kids needing something. 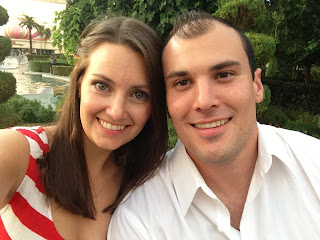 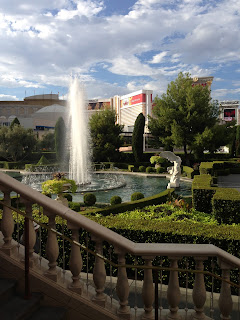 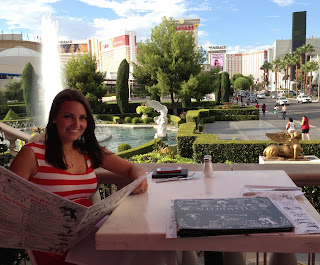 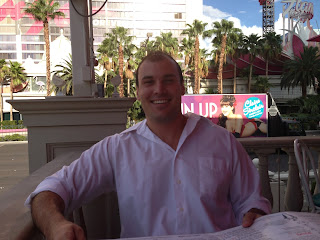 I had to order a frozen hot chocolate, since that is what the restaurant is famous for. It definitely did not disappoint. 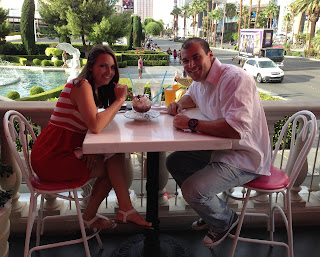 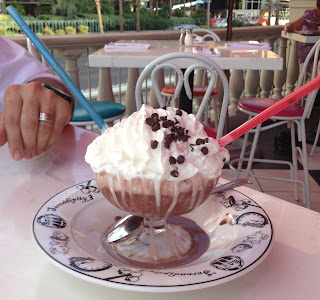 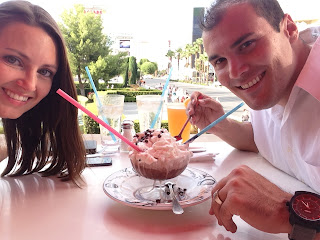 Dinner came and was absolutely delicious. We followed it up with a deep fried Oreo sundae for dessert. We weren't even able to finish half of it. This totally made me want to come back with Grace and Charley. They'd be in heaven! 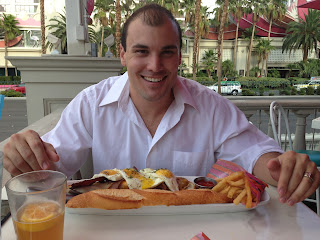 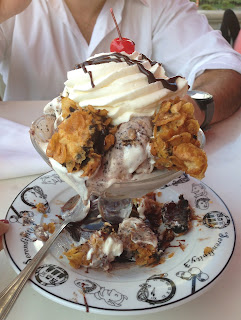 After dinner, we had about an hour before the limo was going to pick us up. We decided to walk to the Bellagio to watch the water show. As we started walking, Isaac mentioned that my dress was totally see through. I didn't believe him, because I had worn this dress a few times before with no issues. He was totally serious. Awesome!
Instead of making our way down the strip, I made him walk very closely behind me as I bolted for the nearest gift shop. I don't even know what I was hoping to find, but I ended up with a giant hoodie. I decided to tie it around my waste, and it didn't look that bad. Totally wasn't the cute little red dress look I was going for, though.
We hung out by the fountains while we waited for the limo to pick us up and enjoyed a stunning sunset. Then we headed for the helicopter pad. 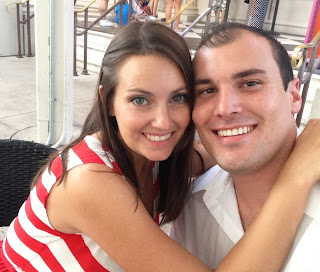 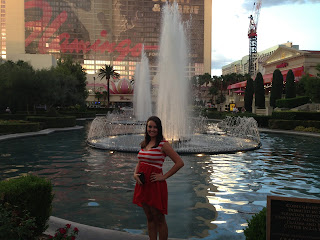 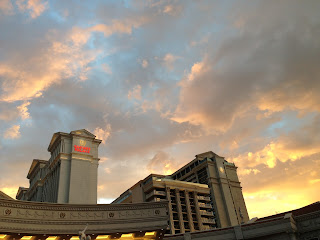 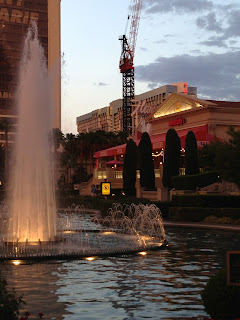 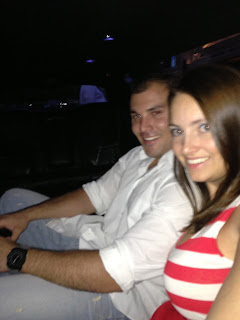 After checking in and watching the safety video, we boarded, put on our headphones, and off we went. The views were ridiculous, and it wasn't scary at all. It was awesome and breathtaking to see such a beautiful city from up high. 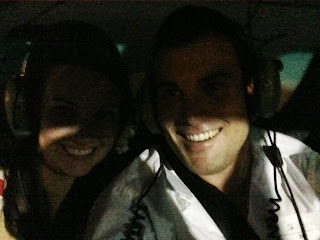 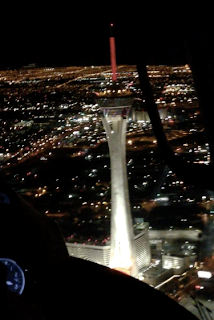 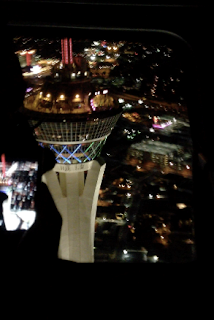 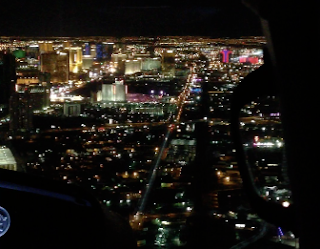 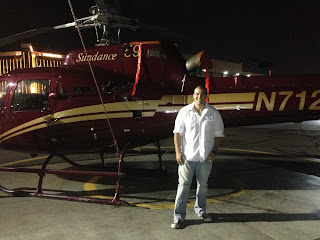 When the ride was over, our limo took us back to Caesars. We hopped in our own car and headed home to see the babies. 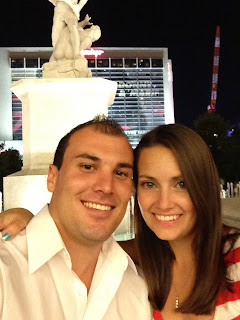 This night was such an incredible way to spend our anniversary. I was so happy to have my handsome hubby all to myself and to enjoy some time with just him and me. We had the best time much like we always have together. I can't believe it has been four whole years and two babies since our wedding day. I am so incredibly blessed to have this man that makes me so happy and get to share all of life's magical moments with my best friend. I love you, babe!
I'm planning next years extravaganza, and it'll be a doozy. I've been saying since our original wedding day that I wanted to renew our vows on the strip with Elvis presiding over the ceremony. Five years sounds like the perfect time to do just that!
Holidays Isaac Milestones