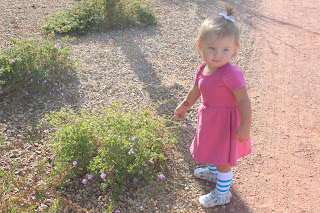 She is still super silly and extra sweet.

Perr Bear is definitely a mama's girl. I think it's because she may be our last, so I just want her all to myself. I take extra time nursing her, snuggling her, and doing all of the baby things with her, because I may never get to do those things again. (I'm still keeping my fingers crossed that we have one more, though.) 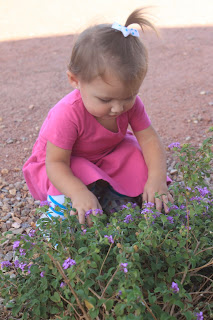 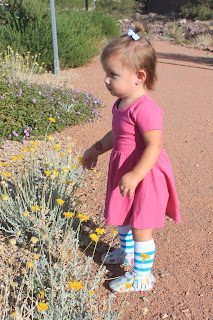 At sixteen months, Perry has twelve teeth. She's been working on her canines for a couple of weeks, so she randomly has days with diaper rash, a drool rash on her chin, and wakes up at odd hours of the night to watch Tangled. These symptoms come and go kind of like these darn canines. Perr still takes a bath between six and seven every night, and then I nurse her to sleep. She wakes up every three hours or so to nurse and goes right back to sleep...usually. She has been waking up a couple of times a week around two or three and watching TV until she finally falls back to sleep right before I get up for work. I'll be so thankful for the day when they all come in and leave us alone for good, because I've been a zombie (or a mombie) for the past month. 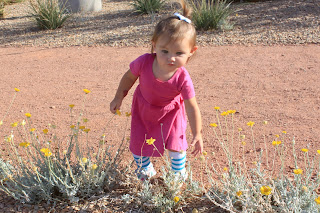 She was supposed to go to the doctor for shots at fifteen months, but I wasn't aware of that until she was sixteen months. When I took her in, she weighed in at twenty-one pounds (40th percentile) and measured thirty inches tall (25th percentile). She is way smaller than both of her big sisters were at this point and is definitely a little pipsqueak.

Perry is wearing 12-18 months clothes, but some are still big on her. She's in a size three moccasin and four to five in regular shoes, and we've just barely moved up to size five diapers thanks to the blowouts getting more frequent over the past two weeks. 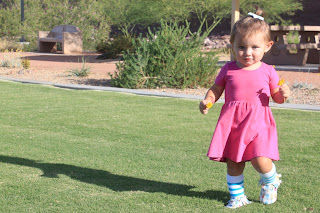 This girl is obsessed with her blanky, which she calls "bebe". She takes one everywhere we go and can't fall asleep without it in her hand. Fortunately, we've got quite the stash and she doesn't mind exactly which one she's got. As long as it's bamboo muslin (cotton muslin is too scratchy), she's good to go. She is also crazy about Care Bears and always has her bag full of them nearby. She loves the little figurines and makes them dance while singing. The stuffed animals ones also make her happy, and she likes to carry them around with her at all times. I've got my eye on the cutest Care Bear chair that I'll be sure to tell Santa about! 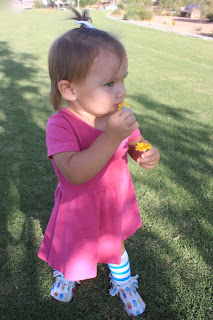 Perr loves to eat. She's not very picky and will eat almost anything we give her. She loves pulled pork and chicken, tacos, cheese, tomatoes, avocados, peaches, pineapple, strawberries, corn, green beans, and mac and cheese. When you give her a snack like a graham cracker or a slice of cheese, she always has to have one for each hand, so we always give her things in twos. 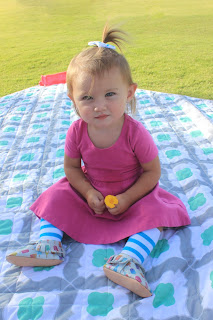 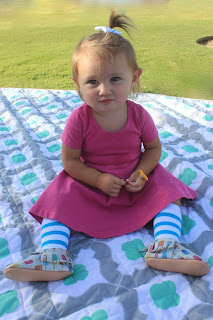 We're currently on a Tangled run and have watched it at least 1,000 times in the last month. She even says "Punzy" when she wants to watch it. I'm totally over it and have been trying anything to move on to another movie. She is liking Brave and Frozen, so hopefully there is some end in sight on the Rapunzel front. 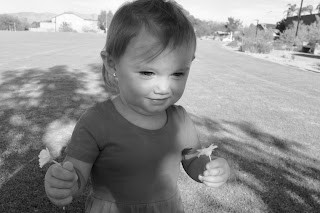 Perry is super smart and totally understands what we're saying now. She also says tons of words herself including: mom! (which always comes out in a yell), dada, Gracie, Char Char, Toodles, Punzy (Rapunzel), ishy (fishy), ffff (woof ), yow (meow), please, cheese, more, juice, no, yes, wa wa (water), ny ny (night night), buh bye (bye bye), and wuh woo (love you). I'm sure there are more, but that's all I can think of at the moment.

She has the biggest, goofy grin and loves to be tickled. She loves to follow Grace and Charley everywhere and do whatever they are doing. 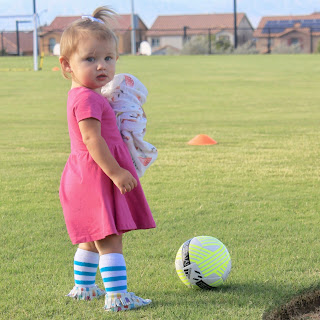 Every time anyone walks through the door at our house, they run to Perry to hug and kiss her before saying hello to the rest of us. Typically it's because she runs to greet them at the door. She's such a happy, go with the flow baby, and we all love her so stinking much.