By Courtney Espejo - April 14, 2019
Picture of the Week: Playing in the Back Yard while Daddy Does Yard Work 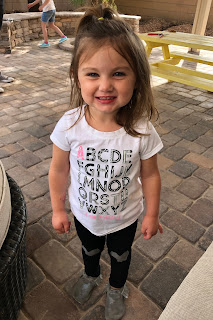 Isaac started doing some work in the back yard, and the first step was to get rid of all the rock and most of the plants back there. The girls were such good helpers and even helped him shovel the rock into the wheelbarrow. 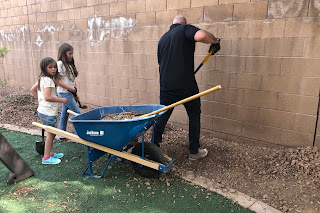 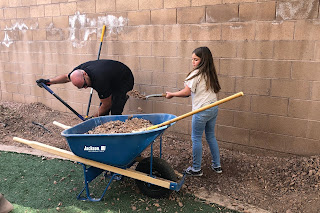 Perry snacked on watermelon and put flowers into water bottles. I told her to stop wasting the water, and she said "it's fine! It's pretty." Allison and I ordered snow cones at work since it was Purple Penguin's 10th anniversary and they were giving out special cups. 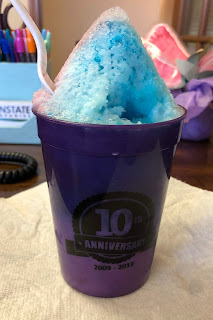 Perry's class played with a parachute, and it brought back lots of memories from my childhood. 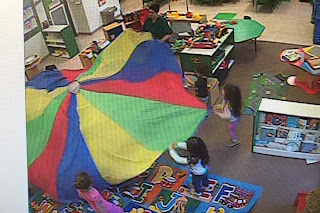 The girls had hula hoop contests outside with the Sebastian boys. Perry had to get in on the action as she drove her car. 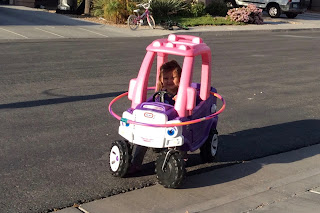 Our roses started blooming, which had our side yard smelling so good. 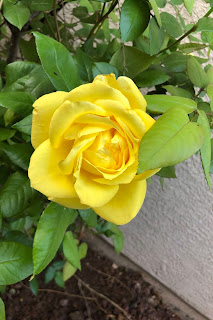 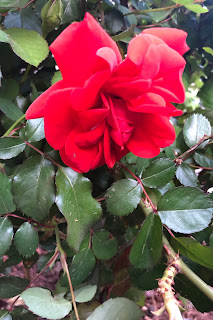 Perry helped Daddy do some more work in the backyard before she literally stopped to smell the roses. 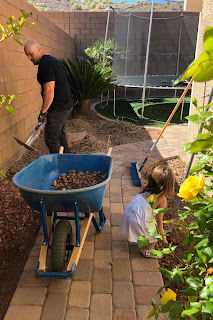 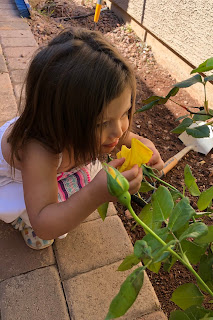 She came downstairs to tell on Charley, because she was being bad, bad, bad.

We spent the afternoon at Grace and Char's soccer games. 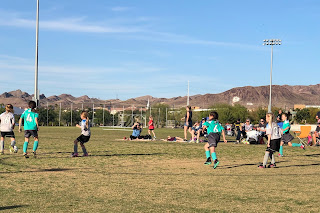 Charley was all over the field. It's so fun to watch her as she's learning where to go and when to pass the ball rather than just running towards the goal every play. Her understanding of the game has improved so much this season.

Perry played in the bath tub. It's one of her favorite things to do, and she'll sit in there forever. 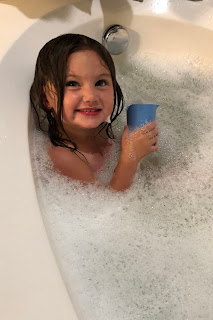 We made blueberry muffins on Sunday, and they were delish.