By Courtney Espejo - March 13, 2016
Last weekend, we had plans to meet Zac, Stef, Presley, and Paxton at Town Square for a play date.

I recently moved back downstairs into my own bedroom (more on that later) and was desperate for TV, so I had Directv scheduled to come the same day. Of course, they give you a four hour window, so we were expecting them between eight and noon.

Isaac kept making weird comments like, "I can't believe you scheduled Directv for today." and "The guy is coming between 9:20 and 9:50.". (Apparently he had called him to ask.) Then there was, "I think I'm going to shower and get ready. Why don't you shower and get ready first?" I'm not usually one to wear make-up all the time, especially to the park, so I figured I'd go ahead and do so, per his request. As we left the house, this guy was speeding to get there. I kept telling him, "Zac and Stef don't care if we're five minutes late. Chill out.".

When we finally arrived to Town Square, he parked at the furthest corner from our usual spot and said that we were supposed to meet them at Brio, because they were just finishing up lunch. I asked him if they just wanted to meet up with us when they were done, and he said, "no. I told them we'd meet them there in case you were hungry or something." which was weird, because he said they were "just finishing up". Ok.

As we walked into Brio, he led me out to the patio, then said, "oh, no, they're over here", and went back inside. Then we went out a different door to the patio, and my closest family and friends were all standing around a table with sweet baby outfits, balloons, and gigantic smiles. It took me a minute to realize what was going on and even longer to get over the shock. I am not one for surprises and like to have everything planned out, so this was new for me.

Stefanie and Francesca had gotten everyone together to celebrate baby Perry's upcoming arrival, and I couldn't be more grateful for them. The tables were decorated so adorably and almost all of my favorite people were there. 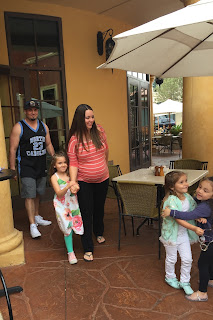 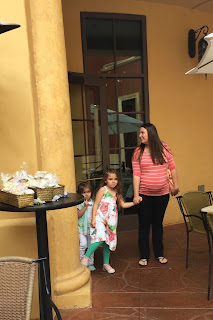 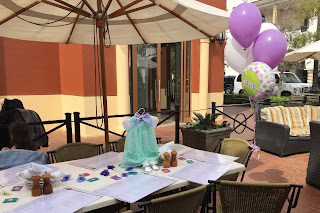 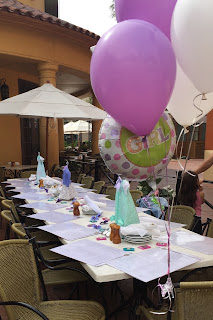 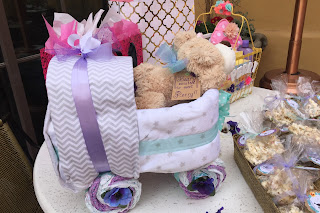 Isaac and Zacarias took the kids to play at the park, while us gals enjoyed some brunch with lots of laughs. After we ate, I opened up some of the cutest baby clothes I've ever seen, along with other items to make sure that we're all ready for a newborn to enter our world again. It's amazing how much you need (and forget that you need) to take care of a baby. Seeing everything made me that much more excited for her to get here. 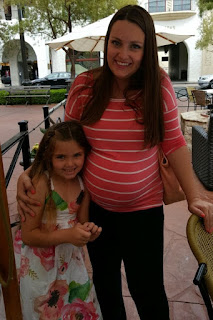 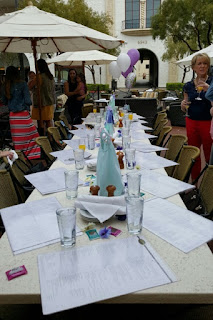 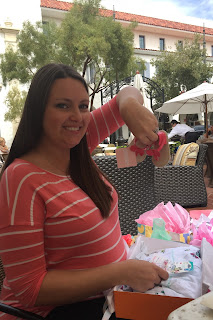 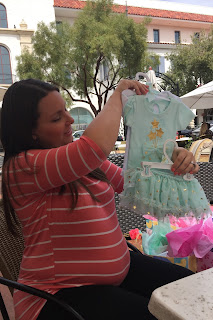 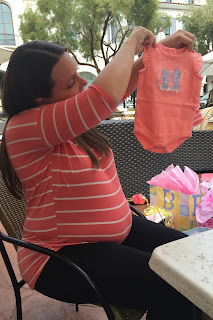 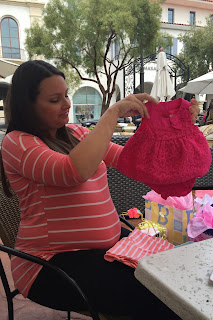 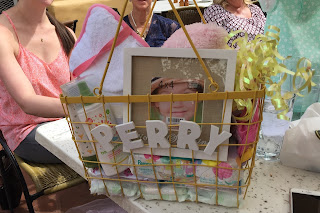 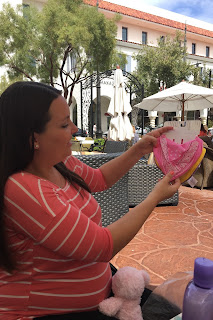 Carole made the sweetest baby carriage out of diapers and baby blankets. I had to snap a couple of pictures, because it was the cutest thing ever. 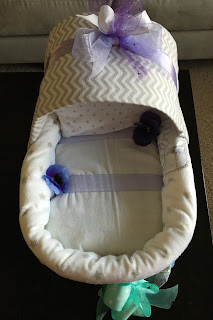 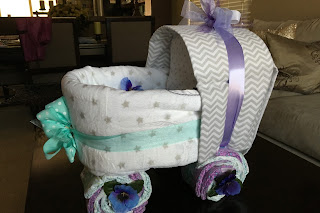 I had such a great time with all of these ladies and was so thankful that they all made it out to celebrate with us. I couldn't ask for better family and friends than the ones I've got. 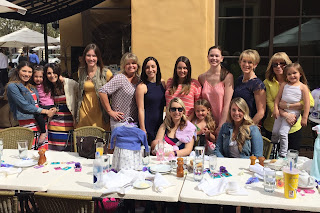 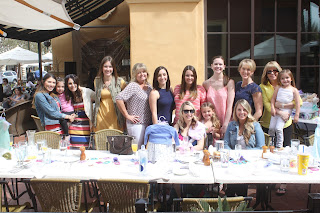 A special thanks to these two. You guys are the sweetest, and I'm so blessed to have you both in my life. Thanks for making me feel so special and loved!! 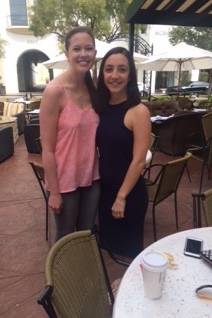 After such a wonderful baby shower surprise, I think we are all ready for baby to arrive. With only seven-and-a-half weeks to go, the countdown is on!
Additions Baby Charley Family Friends Grace Perry Pregnancy Presley Showers