Twenty Weeks {and a name!} 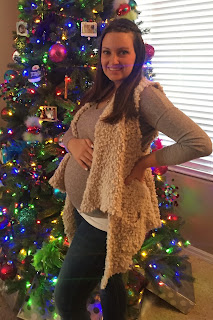 Holy Moly! That doesn't seem possible. This pregnancy is flying by.

At this point, I am feeling great. The horrible nausea and extreme exhaustion are long gone, and daily life has resumed.

I have gained about fifteen pounds and am officially in all maternity pants. I forgot how comfortable they are. There haven't been many significant cravings. I was all about vinegar (salt and vinegar chips, bread with vinegar and oil, salad with vinaigrette) the first trimester. Now I will think about a certain food, need it right now, and then in five minutes it sounds terrible. Apparently this little one is indecisive already.

The girls are getting more and more excited about having a little sister. They talk about her all the time and have even given her a few nicknames. Charley will always ask things like, "when the baby comes out, can I dress her however I want?". She has recruited her little friend from school to help change diapers, as well. Grace likes to tell people that she is the only big sister. Charley is actually the medium sister.

At twenty weeks, baby is six-and-a-half inches long. That's like a cantaloupe! She's currently growing hair, nails, and eyebrows. I've started to feel lots of movements that include her rolling all the way to one side, jabbing me, and moving in all directions at once. It's so fun, and I'm looking forward to the day when Isaac and the girls are able to feel and see her move from the outside.

So far, I have had three ultrasounds. The most recent one was with the specialist, and they said that everything is looking perfect. I have another one scheduled with them in two weeks where we'll be able to get clearer views of every part of the baby, including her heart. Whenever I have a day where there isn't as much commotion going on or baby seems to be sleeping on the job, I'll listen to her heartbeat with our fetal heart monitor, and it relieves any worries I'm feeling. This thing has been a life saver for me this pregnancy, and it's so cool to be able to listen to her heart beating away in there.

We have decided not to do a nursery, because none of my kids seem to use their own rooms until they're bigger. I have gotten Grace and Charley to start going to sleep on their own, though, which is awesome. It's only been a few nights, but it seems to be going well.

My doctor and I talked about the Cesarean, and it's looking like May 4th will be the day. We'll wait a few weeks still to schedule it, but that's what we're aiming for.

Now on to the best part. Baby girl #3 officially has a name.

When I was a little girl, my dad's brother was one of the best people in my life. He would lay on the floor watching Sesame Street with me and let me fill his long, thick hair with all the barrettes I could find. As I grew, he had a family of his own. I was blessed with my Aunt Liann and their two sweet girls, Shelby and Ashley. Whenever I was with my dad, we would hang out with all of them and even pitch tents to have sleepovers regularly at their house. My uncle meant so much to me from a very young age.

About four years ago, after a years long battle with cancer, my Uncle passed away in his mid-forties. At the time, I was pregnant with Charley. Isaac and I said that if we ever had another girl, she would be named Perry after this special person that we didn't get enough time with. From the moment I got pregnant, we knew that this baby would be the one. I can't think of a better way to honor my uncle, and I wish so badly that he was here to be able to see our family grow. It's a way to keep a little piece of him alive in our family and keep the memories fresh in our hearts.

Last year, we were in Nebraska when we learned that Grandma Sally's middle name is Louise. It just happened to fit perfectly with Perry, and we established way back then that this baby would be Perry Louise. It's super official, because I already got this adorable swaddle blanket with her name all over it. 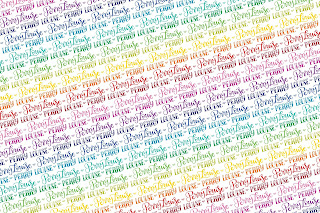 Hurry up and grow baby, because we are so ready to welcome you into our family!
Additions Baby Family Perry Pregnancy