By Courtney Espejo - December 06, 2015
...we spent Monday, Tuesday, and Wednesday in Disneyland having the most fun ever.

...Thursday, we had our annual appointment to go see Santa at Mikel's Fine Art Photography. These pictures turn out great every year, and the sitting fee is just a toy donation to Toys for Tots. The girls were so excited to see Santa. Grace asked for American Girl doll stuff, and Charley asked for a pink teddy bear. 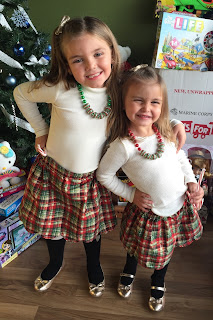 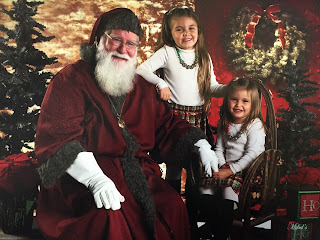 ...back at home, we were laying on the couch when we heard a knock at the door. Isaac answered it and said, "It's Santa." I laughed and went to see who was really there. Apparently, it really was Santa. The packages from my Black Friday shopping spree arrived all at once. 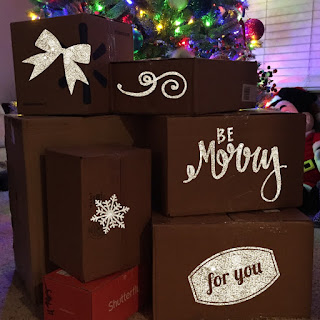 ...Grace began to stress over the fact that she only told Santa that she wanted "American Girl doll stuff". "What if he brings me the same doll I already have? What if he doesn't bring me the horse and stable for her? We HAVE to go see him again." I suggested she make a list that we could take him, and it included the following: doll closet, stable, horse, baby doll, dalmatian, bunk beds. 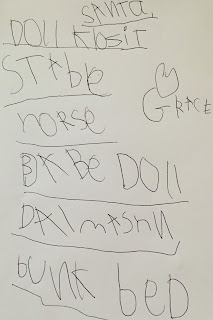 ...Char passed out early that night, while Grace and I watched Rudolph. 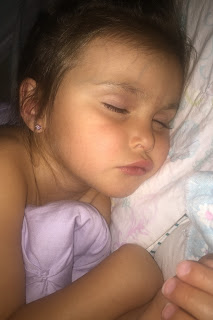 ...we saw a gorgeous sunrise Friday morning on our way to work. 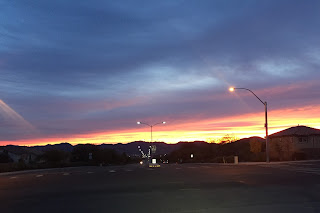 ...since the girls took a vacation week from school, they came to work with me Friday. Grace napped a lot, while Charley watched movies and ate doughnuts at my desk. 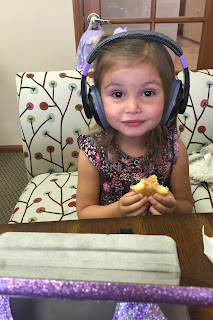 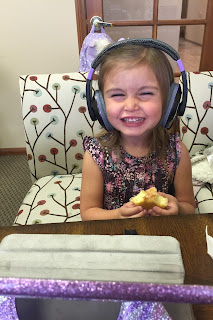 ...that night, the girls had a light saber battle with Daddy and took over the living room. 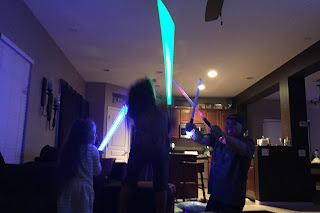 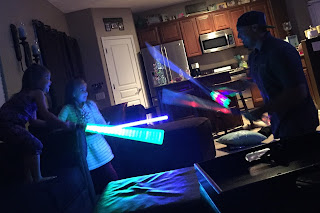 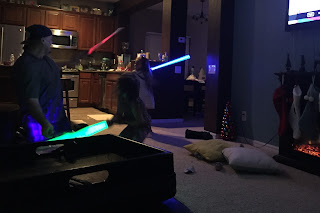 (I love when Grace yells out, "The force is strong!")

...Saturday we celebrated baby Kaitlyn with a shower for Geni at my mom's house. It was adorable with pink snowflakes everywhere. We can't wait to meet our newest niece! 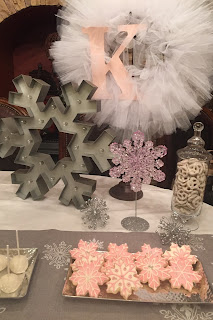 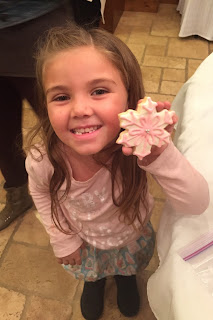 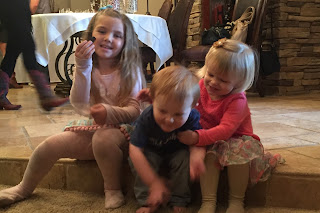 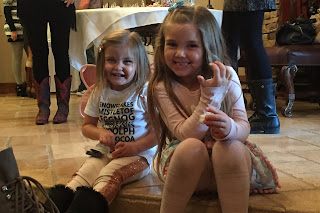 ...the girls wouldn't leave without taking pictures with Papa's Santa and reindeer. 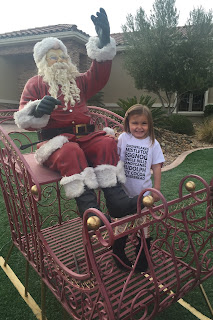 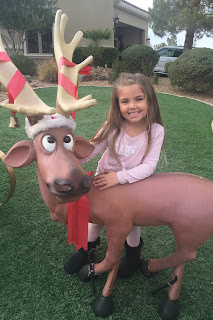 ...Saturday night, Gracie had her first official sleepover with her friend, Peyton. They went to preschool together, but Peyton doesn't go there anymore now that they're in Kindergarten. We made sure to sign the girls up for soccer together, so they could still play and see each other. We had so much fun that night that this was the only picture I took! The girls had a blast watching Frozen, drinking hot chocolate, and sleeping in a giant fort that Daddy built in the living room for them. 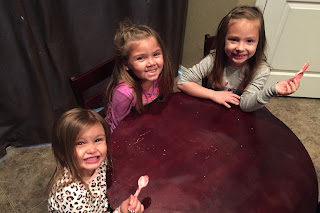 ...Sunday morning, Charley insisted on being Supergirl. This one LOVES to dress up and does so almost every single day. 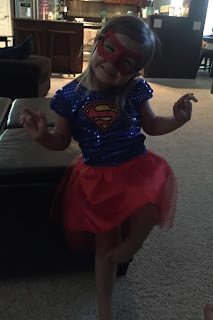 ...the Ditatas came over for dinner and a play date that night, and the kiddos had so much fun playing with Barbies, dressing up, and eating chocolate fondue with fruit. 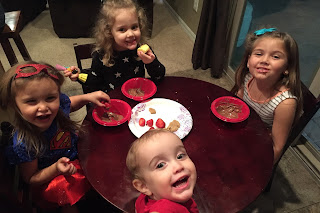 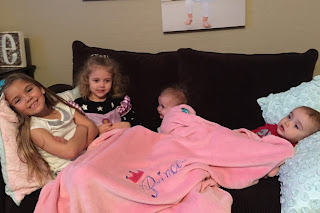