By Courtney Espejo - July 12, 2015
...Monday, we watched some thunder and lightning from our front porch. We didn't get much rain, but it was cooler and more enjoyable to sit out there. 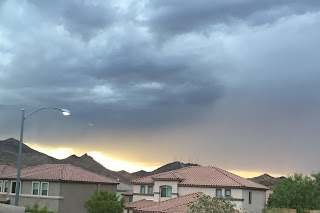 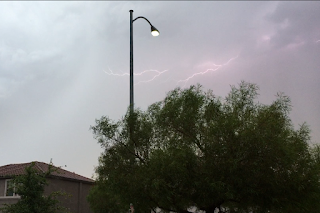 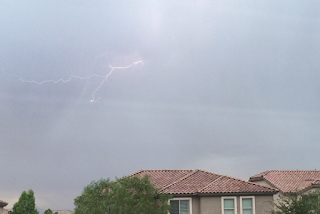 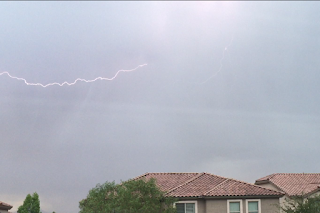 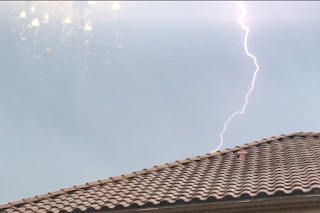 ...listen closely to this video. Grace tried to tell me that Rainbow Dash (from My Little Pony) was the one making the lightning. She's so silly!

...Char wore her "camingo" outfit to school and insisted on taking silly face pictures. It's the only way she'll give me a good smile. 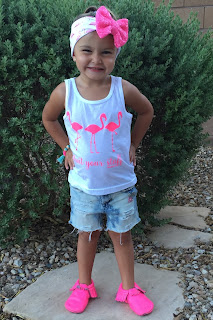 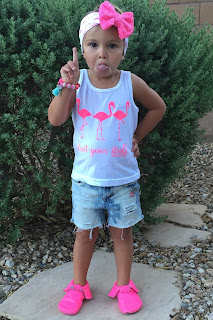 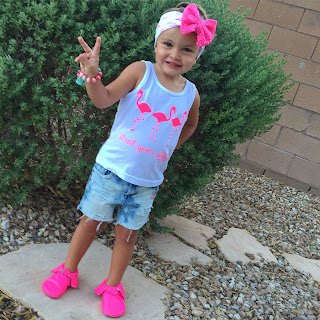 ...we had a gorgeous sunrise the morning after the storms. 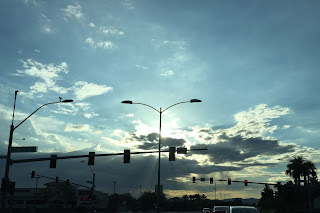 ...we went to a retirement party at Ventano on Tuesday evening. In typical Charley fashion, she busted her chin while busting a move on the dance floor. This led to three hours in the pediatric emergency room at St. Rose Siena. At first, the doctor said that it was too wide to glue and she'd need stitches. Luckily, the wound wanted to close on its own, so he tried the glue and it worked. She was such a trooper barely crying through the whole ordeal. The worst part was when he made us wake her up to strap her down to the board. Poor kid had no idea where she was or what was happening, being half asleep. 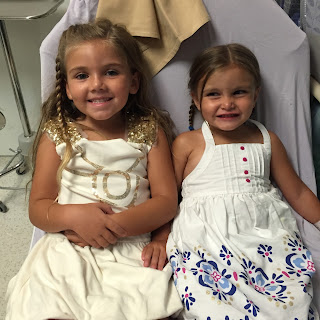 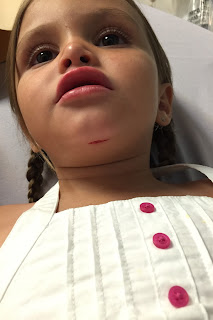 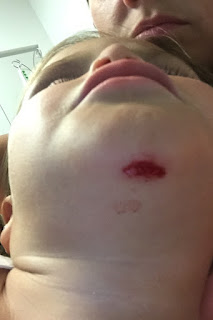 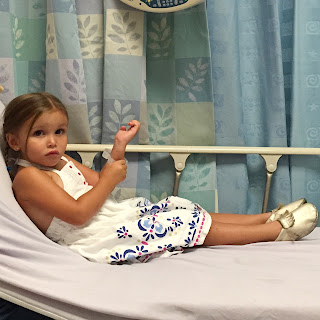 ...Wednesday, the girls moved furniture around to make a fort and watched movies together. I tried my best not to let Charley move a muscle in fear that she'd get hurt again. She's a walking accident, that one. 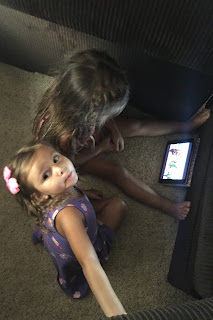 ...I tricked her into letting me get a picture of her chin by taking selfies on my phone. At least the glue was purple and matched her dress. 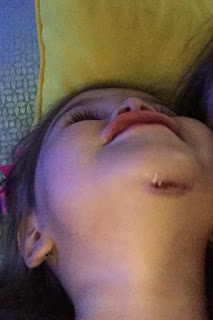 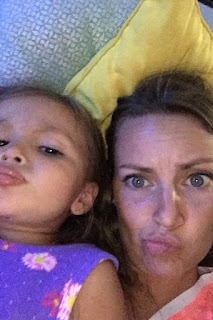 ...I heard her singing on the toilet (like usual) and decided to get it on video. She is constantly singing, no matter what she's doing.

...the girls played dress up upstairs where Charley was Cinderella, and Grace was Queen Elsa. 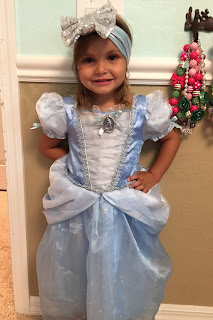 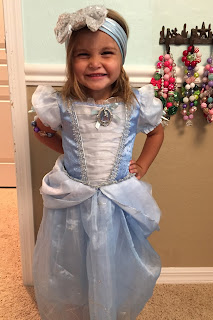 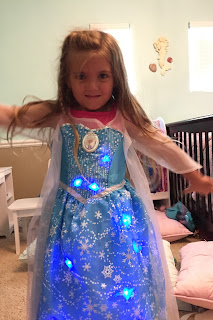 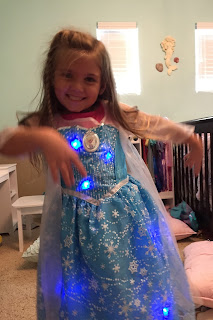 ...I finished up some last minute crafting on Friday night to get ready for Amelia's baby shower the next day. 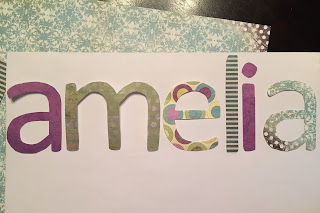 ...we spent Saturday at Nia's house getting ready for the shower and then celebrating baby Amelia. We had so much fun with some of our best friends.

...during the shower, Charley hung out in the pool with Grace and Presley. Her glue fell off, but her chin was closed enough for it to be alright without it. 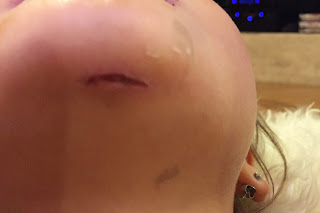 ...the girls spent Sunday with Grandma Espejo, and rocked out in the car on the way home from her house.