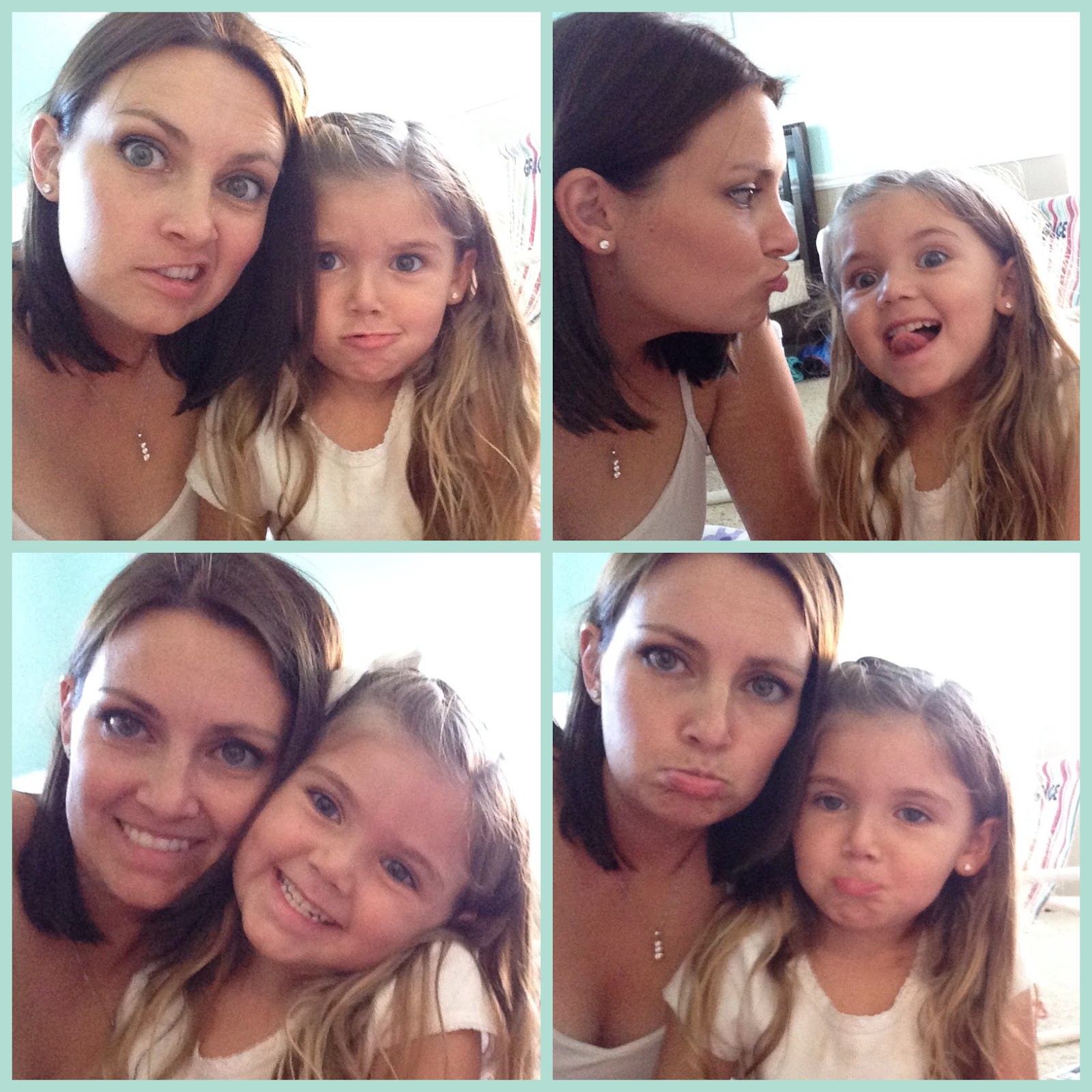 The girls and I went to a birthday party this past weekend, and something happened that was so minor, but so significant in making me feel like I am doing a good job of raising my girls to be the best that they can be. I'll start by sharing this tiny, little story that made me feel so angry (maybe that's not the right word) and so pleased at the same time:

While watching all of the kids play together (or on their own) in the middle of the living room, I hear Grace fighting with another little girl. She was trying to take a toy out of the girl's hand. I immediately reprimanded her, telling her, "She had it first, Grace. Let it go, and give it back." Another person at the party then informed me that Grace had indeed had the toy first. I then told Grace, "Ok. I'm sorry. You can take it back." (I want my kids to stand up for themselves when they need to.) Grace took it back, which made the other little girl scream bloody murder. Her mother marched over, took the toy out of Grace's hand, gave it to her screaming child, and informed Grace, "there, now each of you has a toy." (Grace was holding a party blow horn in her other hand.)

I instantly got upset over this. Who are you to snatch a toy out of my daughter's hand just because your child is acting like a lunatic? (Mine act this way too, sometimes, I'm well aware. Only I don't give them anything and everything they want at the onset of a tantrum...we'll get to that later.) Should I say something to this lady? She literally ripped the toy out of Grace's tight little grip she had on it. Should I just let it slide and keep my frustration bottled up? Since I didn't want to make a scene, and this really wasn't a huge deal to begin with, I guess, I decided to let it go as I had told Grace to do before.

Watching Grace's reaction to this scene made me feel so proud. She nonchalantly went about her business, playing with other kids and having fun. She just let it go. I was so pleased that she did not act like the other child and start screaming or crying to get her way. She was in the right. She had the toy first. She did nothing wrong. Yet, my kid, had a toy taken right out of her hand from another mother that she didn't even know, just because her child wanted the toy. Is she out of her mind? In another situation, I may have told that mother to give it back to my daughter since she had it to begin with. That may or may not be the right thing to do, but it's what my instinct initially told me to do. Sharing doesn't mean giving up a toy that you had first just because another kid wants it.

The way that Grace handled the situation with, well, grace, made me feel like she actually listens when I am teaching her. All of those times when she wanted to take a toy from another child, and (instead of ripping it out of that child's hand to please my own) I told her to share or move on and play with something else, actually made a dent in her little head. She gets it, I thought. When she throws fits and cries over not getting her way, I always sit down and talk it out with her. "We don't get our way when we act like that." "Just because you want something, doesn't mean you are always going to get it." When you reinforce negative behavior with a positive outcome or reward, you are asking for more and increasing levels of that negative behavior. At least that's how I see it.

It's a tough lesson to learn in life but a very important one, to say the least. You will not always get everything you want in life. In fact, it's probably more likely that you won't get what you want. Instead of "throwing a tantrum" or becoming sad, angry, or depressed about not getting "that job" or "that house", you should keep your head up and move on. Look forward to something else on the horizon. Chances are, whatever you do end up getting, whether it's a job, a house, etc., it is going to be the exact thing that will make you the happiest. Life tends to turn out that way, even when you aren't expecting it to. "Thinking positive brings positive results."

So, from this small incident that occurred at a one year old's birthday party, I finally got the feeling that I am doing a good job. My kids know how to act. They know how to keep their heads up in the face of adversity. To a four-year-old, having a toy taken away from you for no reason at all (except for that screaming three-year-old), is a big deal. I was so impressed with Grace for just moving on to play with something else and not blinking an eye.

You go, girl! Thanks for making mom feel like she's doing something right and teaching you as we go about our days learning from one another.

Disclaimer: I am not writing this to throw anyone under the bus or call anyone out. I just want Grace to read this someday and know that she made me feel proud. She made me feel like I know what I'm doing (at least somewhat). It's the little things that make the most profound impact on us all, and this was one of them. Thanks for making my day, Grace <3
Friends Grace Milestones Parties