By Courtney Espejo - July 17, 2014
After looking for a lamp for the girls' bedroom for weeks, I finally found one I liked that was no longer available...go figure.

After doing some research online, I decided that I'd brave it, and try my hand at making my own ruffle lamp out of burlap. It turned out absolutely perfect for their beach/mermaid themed room, so I thought I'd share a little tutorial on just how easy it was to make. 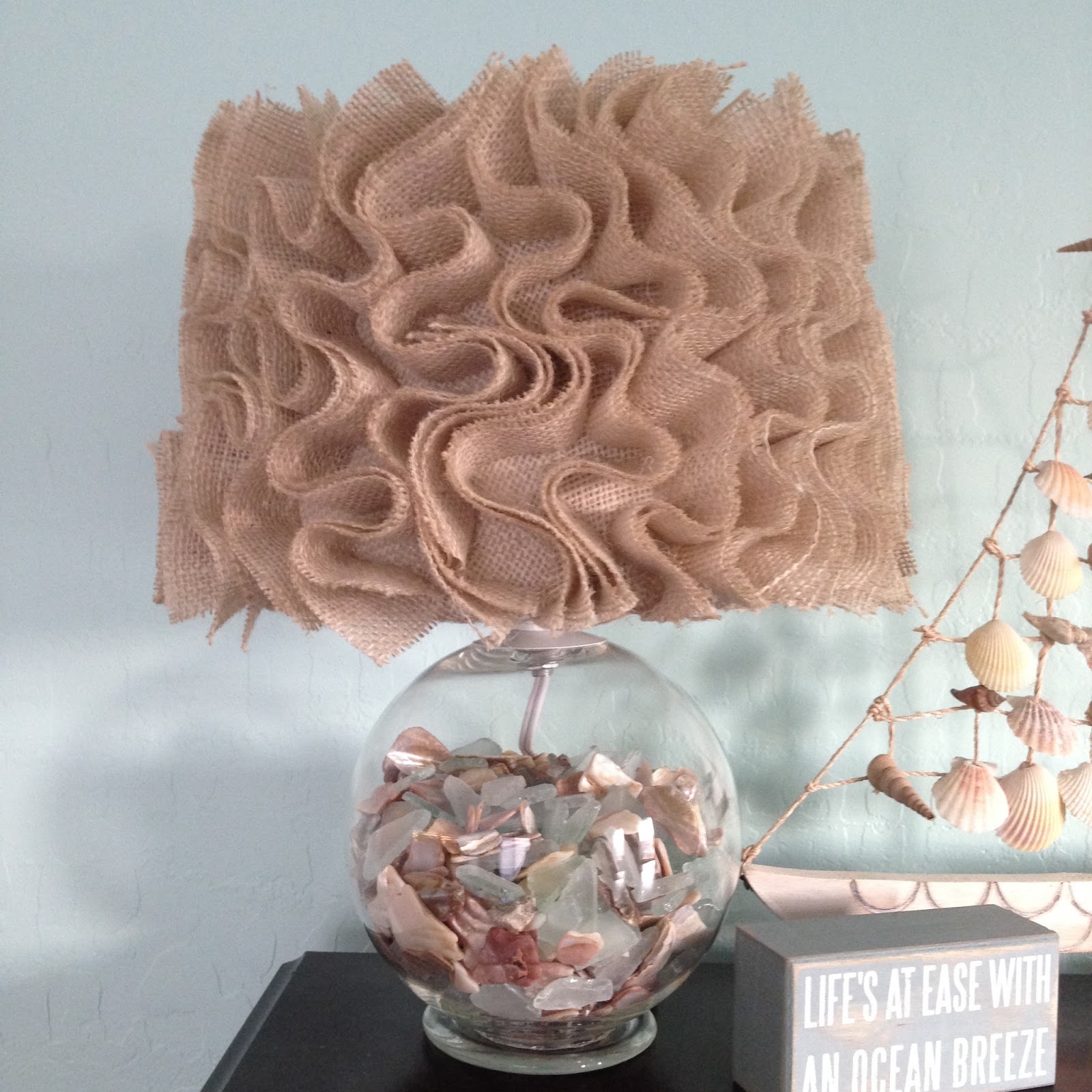 Things you will need:

Burlap - about 2 yards
Hot Glue Gun with about 10-15 sticks of glue
Scissors
White lamp shade - I used one that was 7" on top,  10" on bottom, and 8" in height (and on clearance at Target for $4.98. Score!)
Lamp Base - I chose a clear, round base that would fit with the size of the shade (which also meant I needed a bottom to close the base - I used a clear, glass candle holder)
Misc Items to fill base (if needed) - sea glass and seashells for a beach themed room 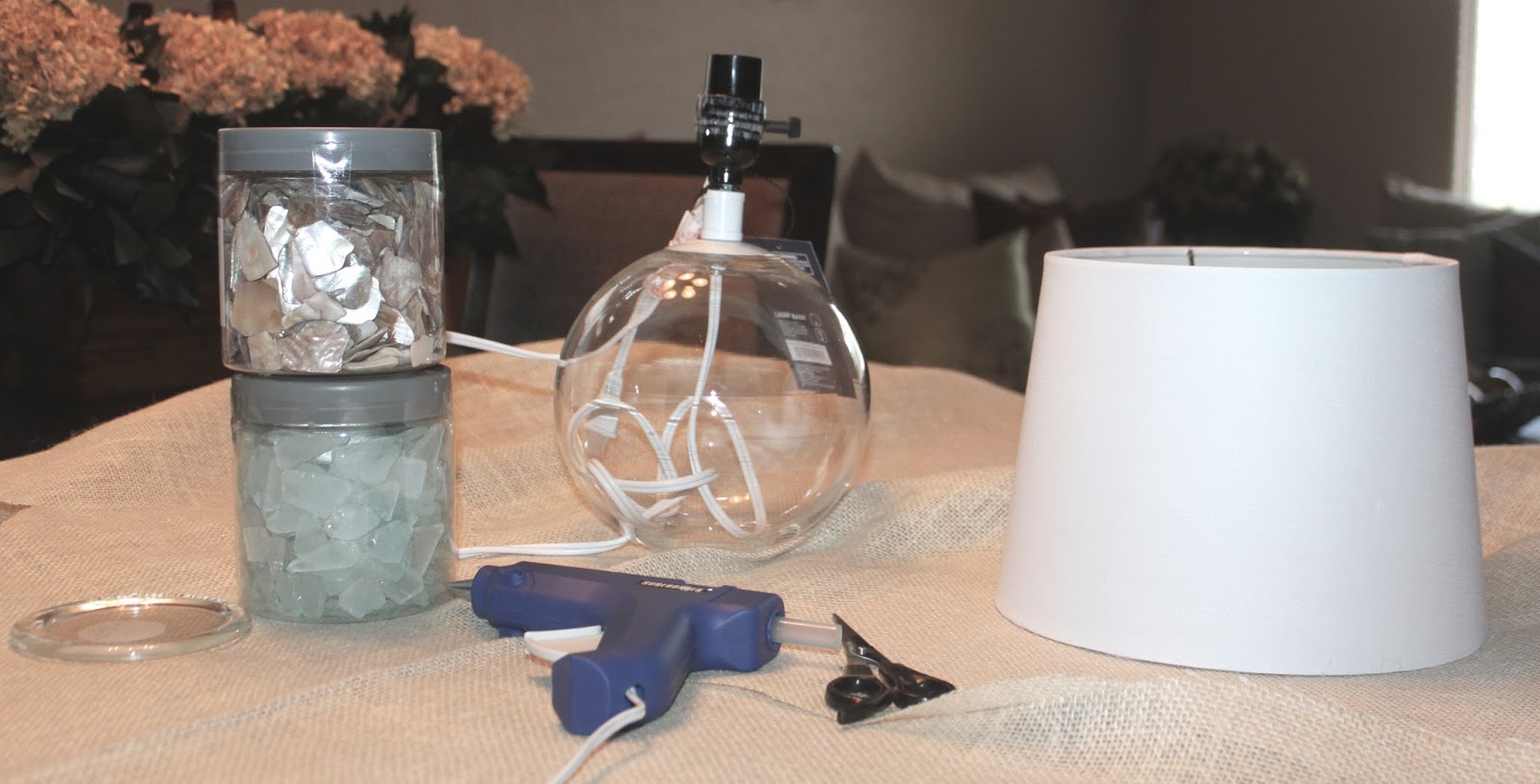 To start, I covered the lamp shade with a layer of the burlap. I just used a hot glue gun to attach the bottom, pulling the material tight as I went along and making sure to leave enough fabric to also glue it to the top of the shade. 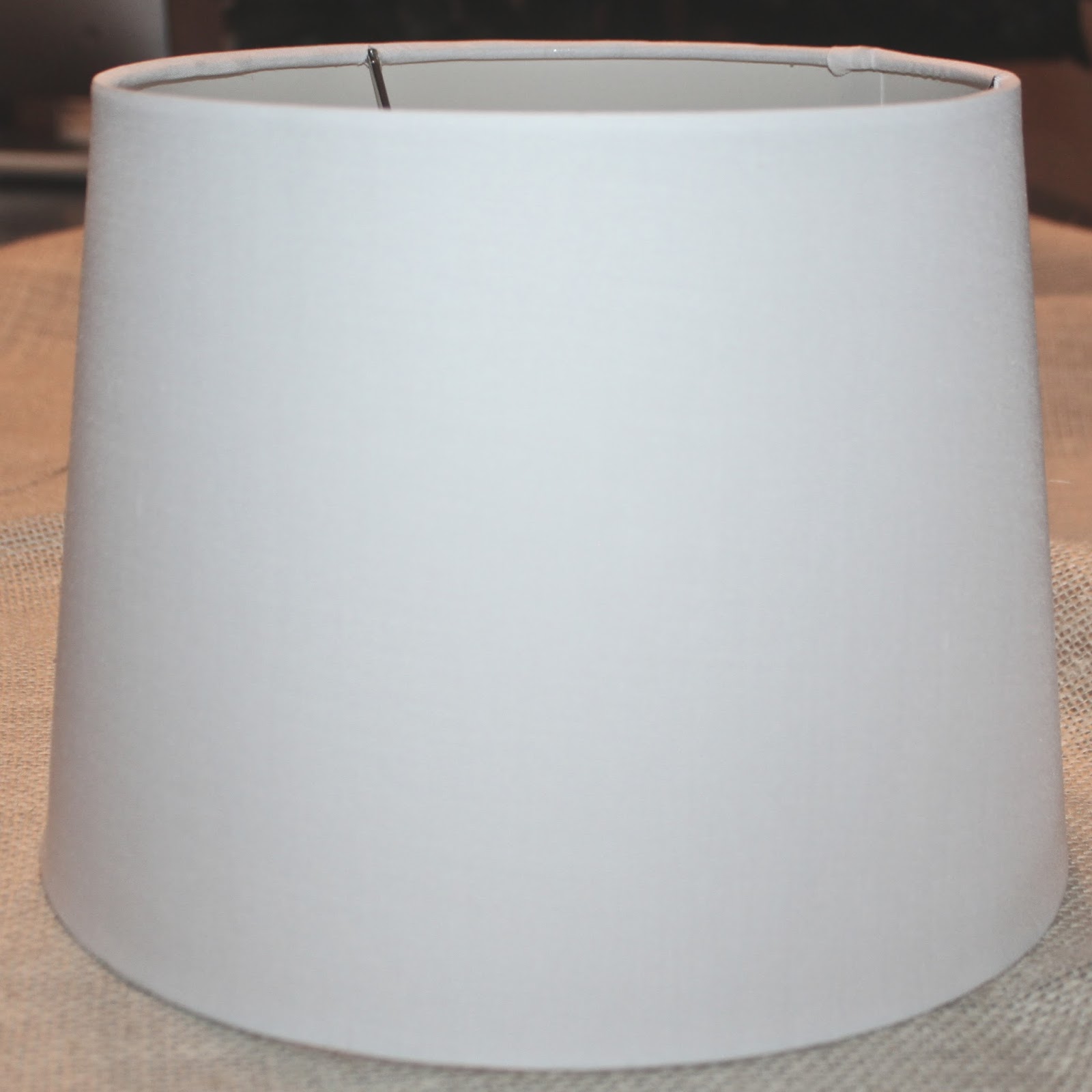 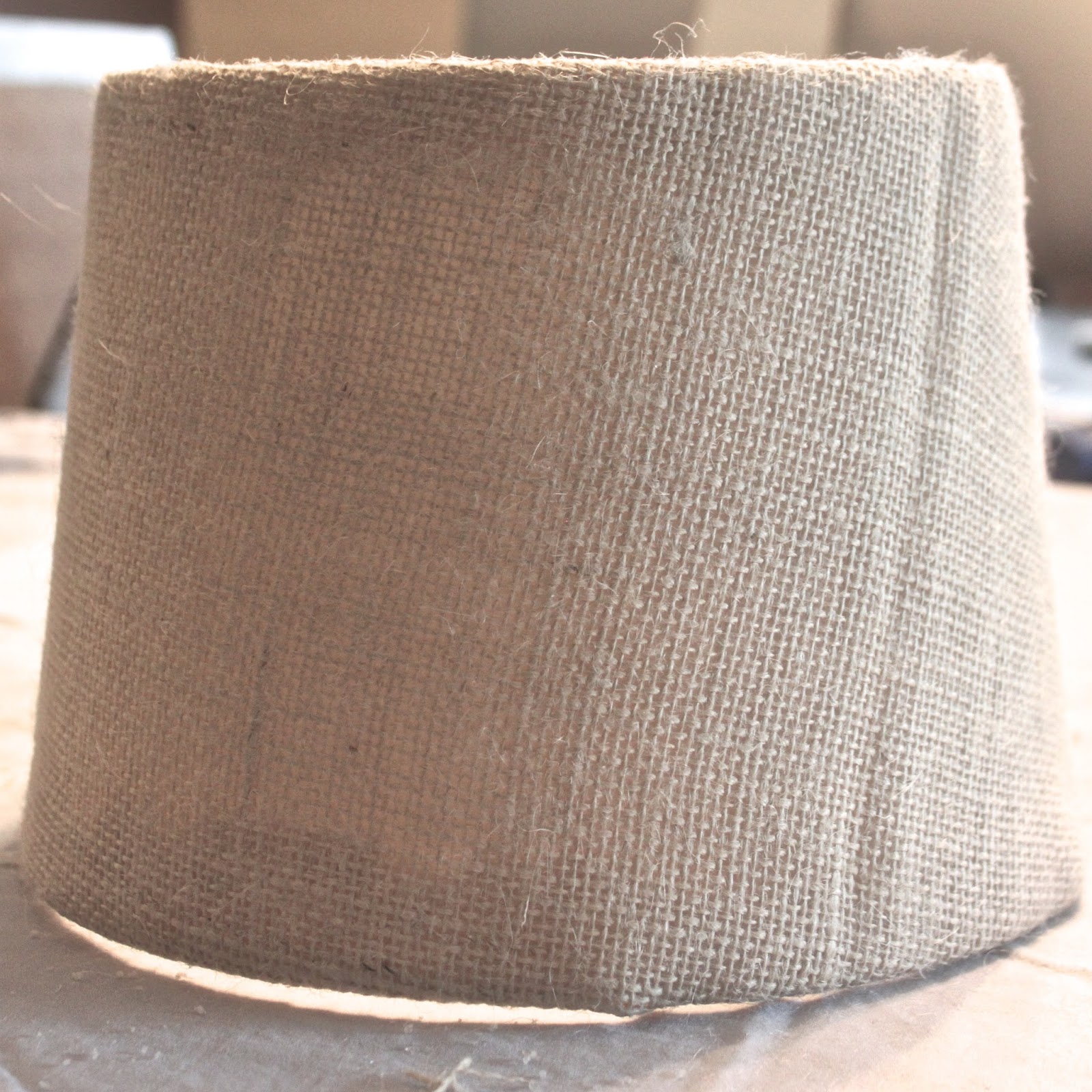 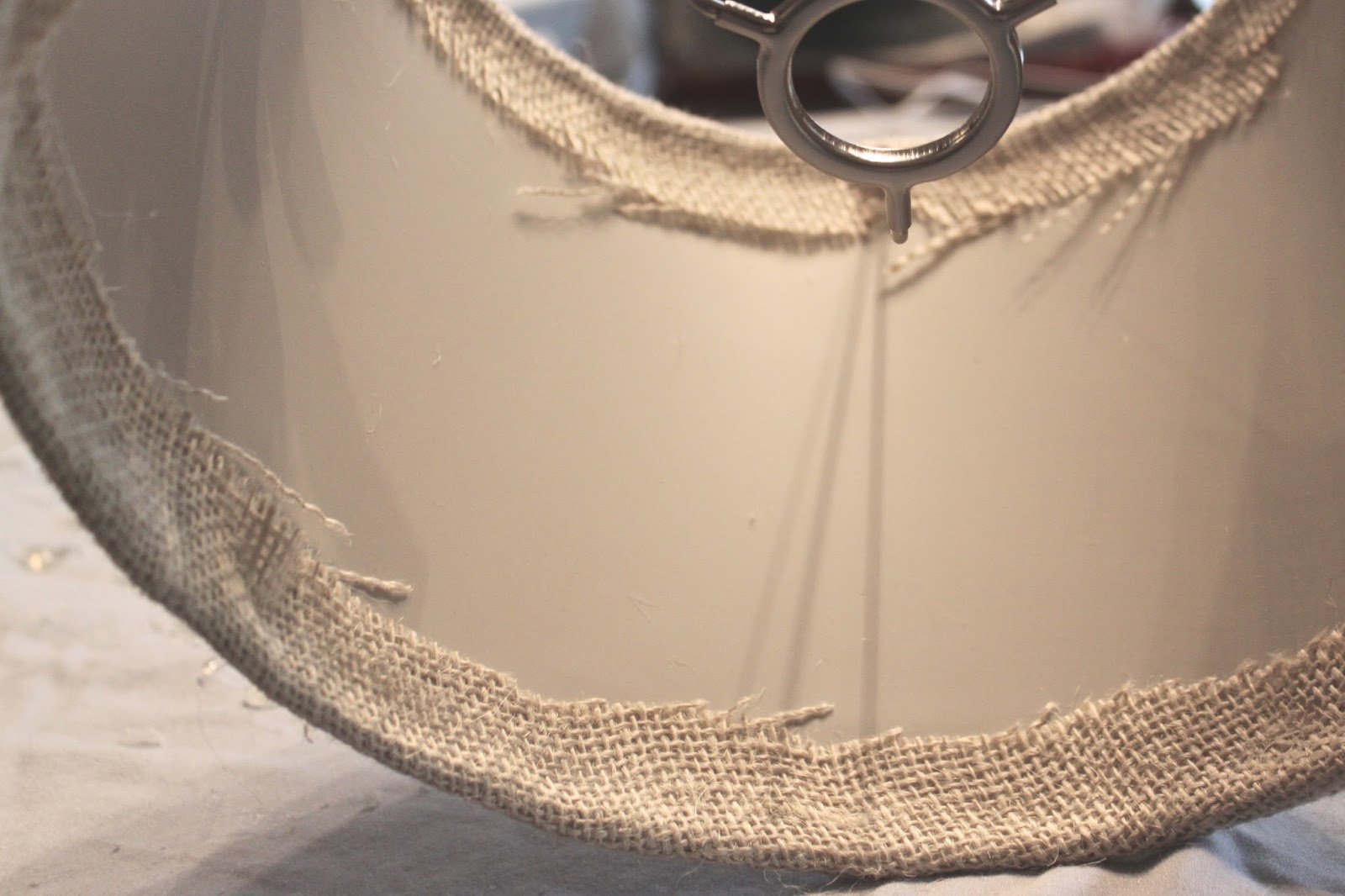 Next, I started to cut the burlap into strips about thirty string lengths wide. I cut each 30th string and removed it from the fabric to get my lines straighter. 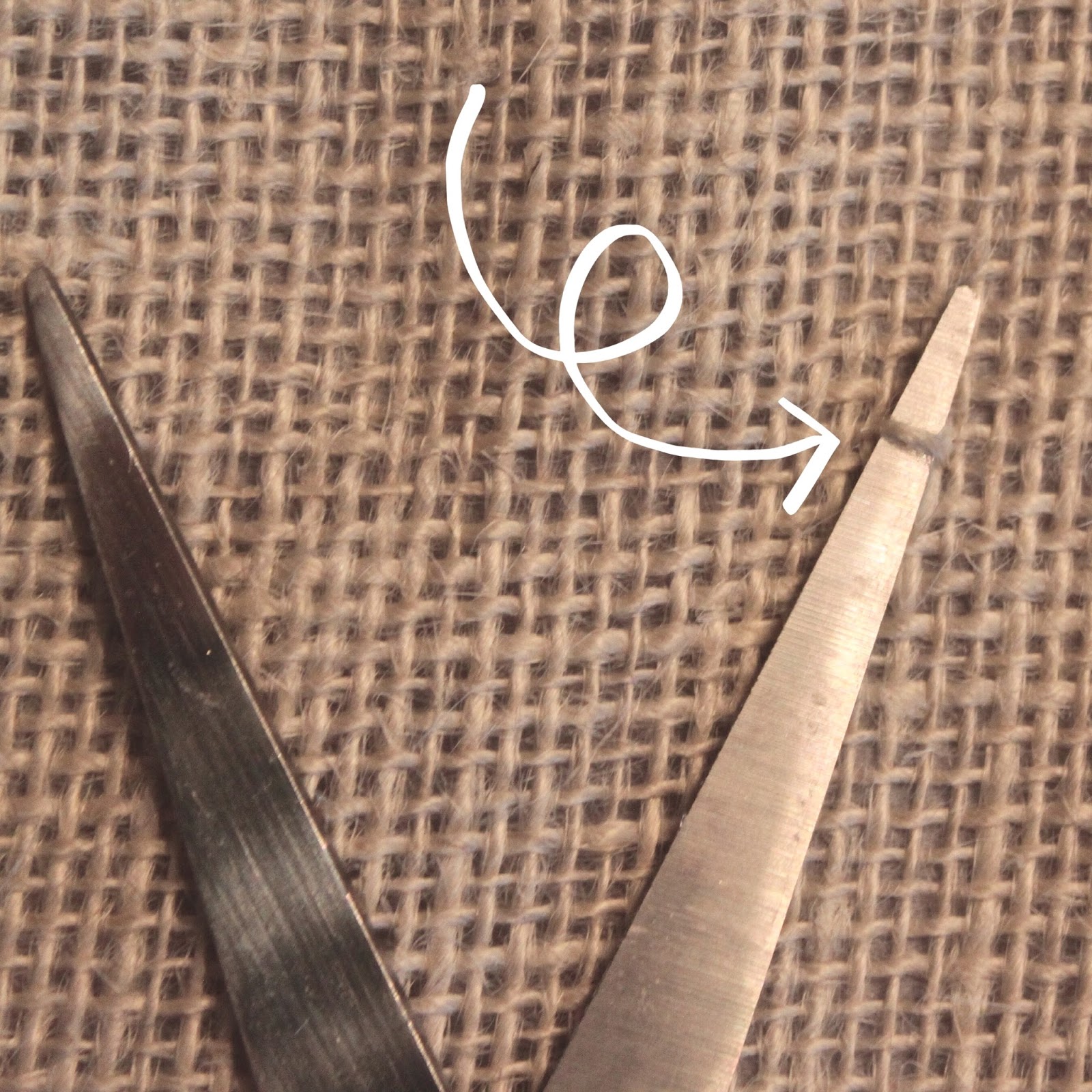 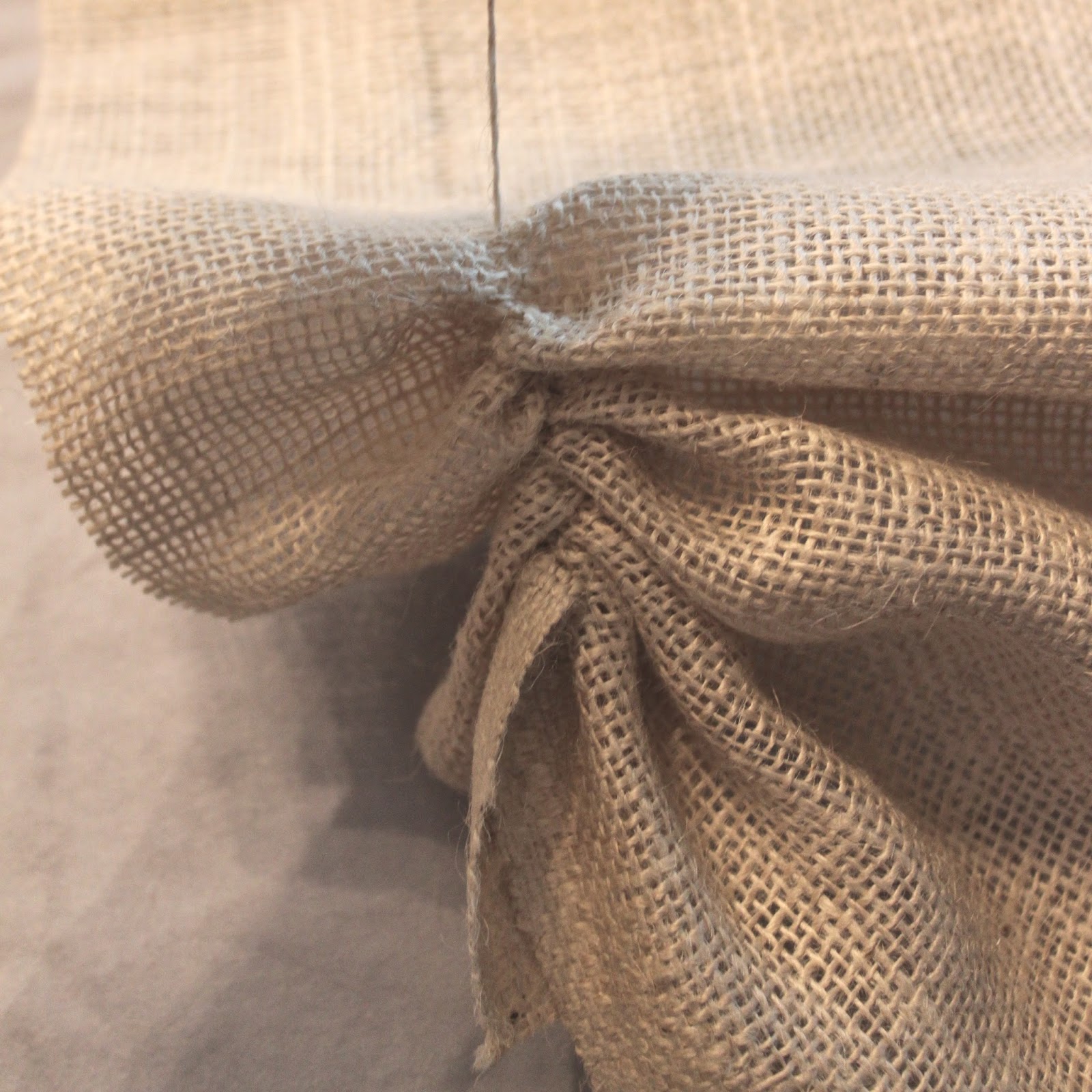 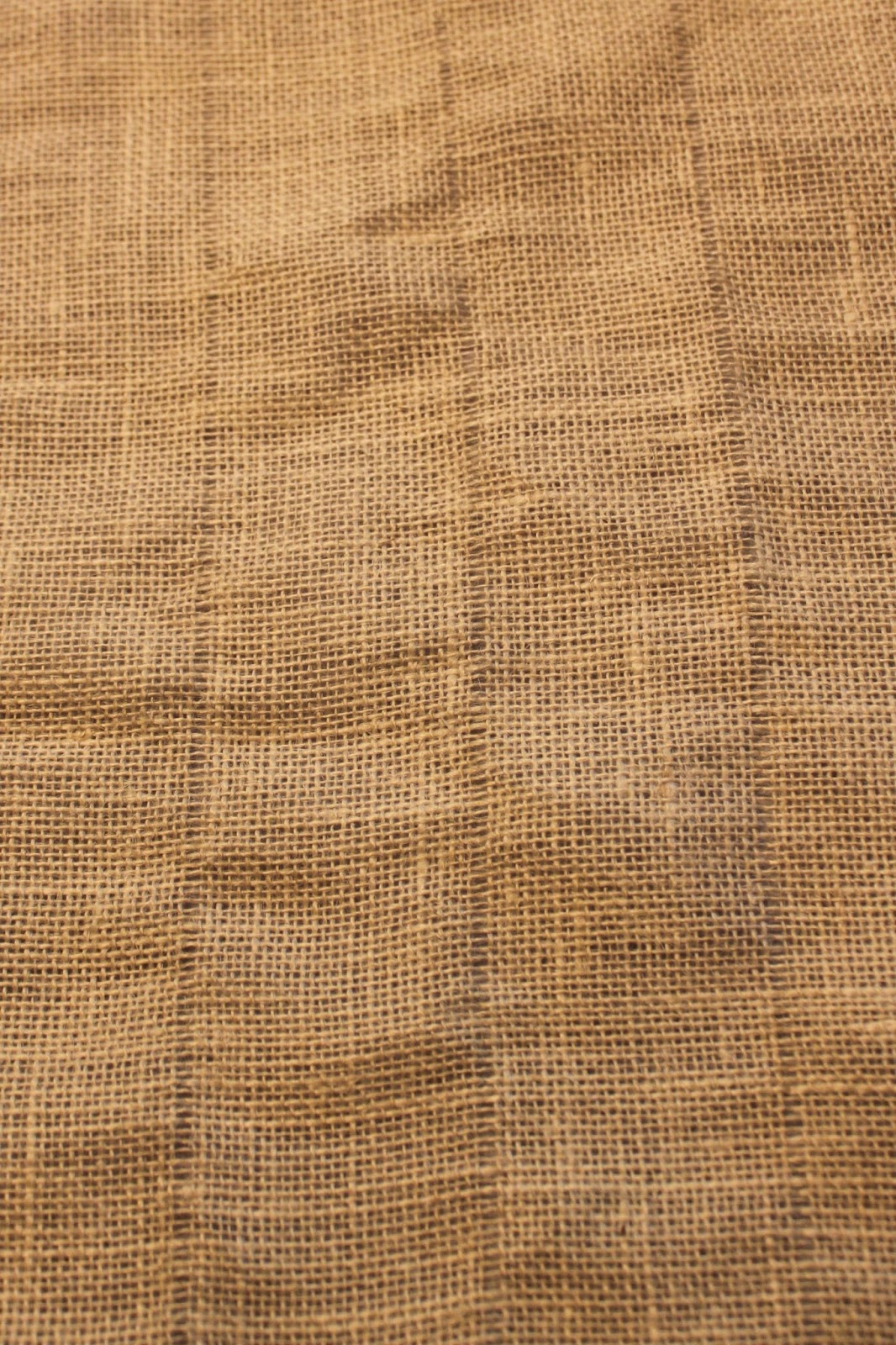 After cutting the burlap into strips, I cut each strip into thirds which made them about one-and-a-half times the height of the shade. This length and width can be altered depending on how ruffly you want yours. 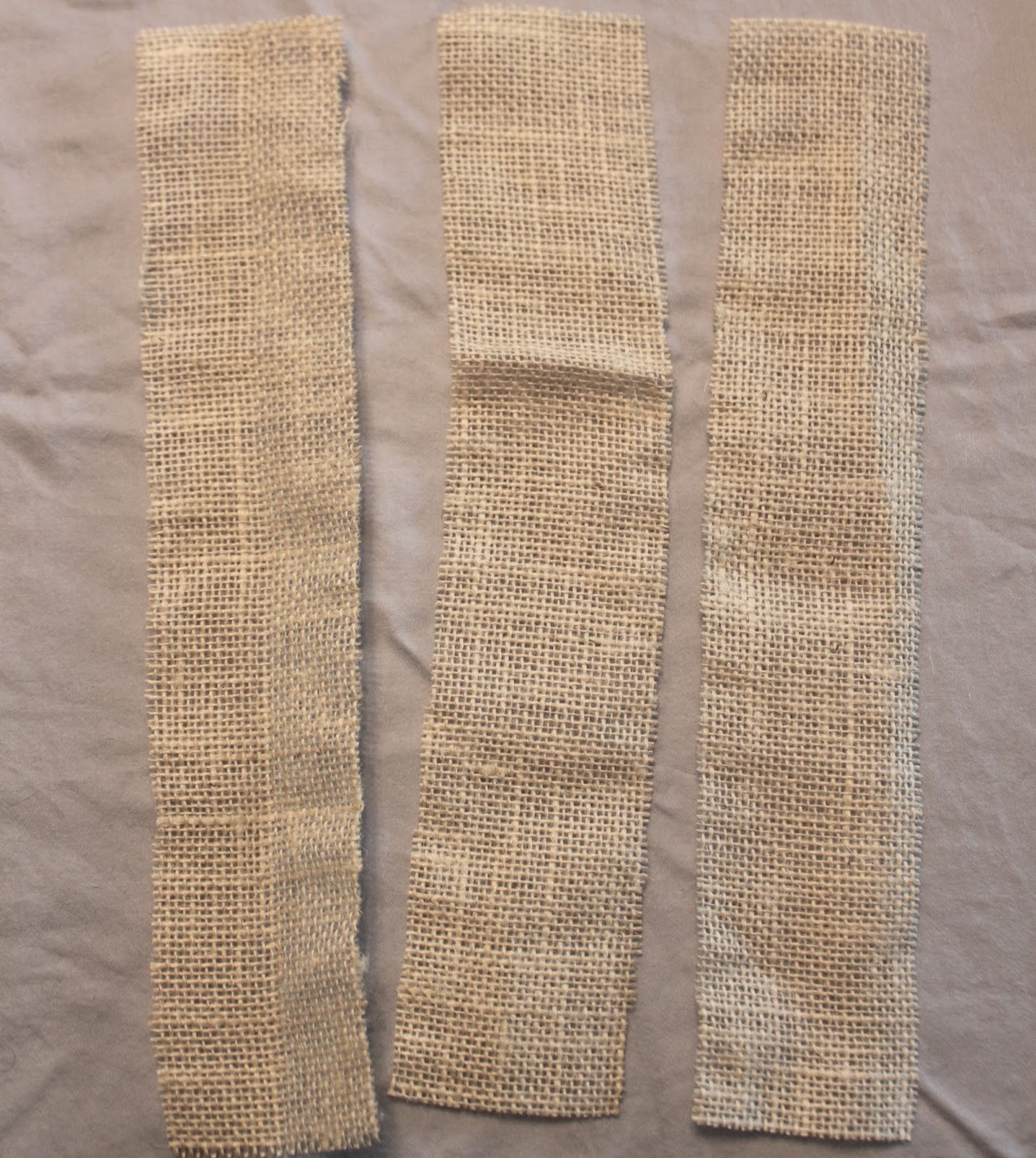 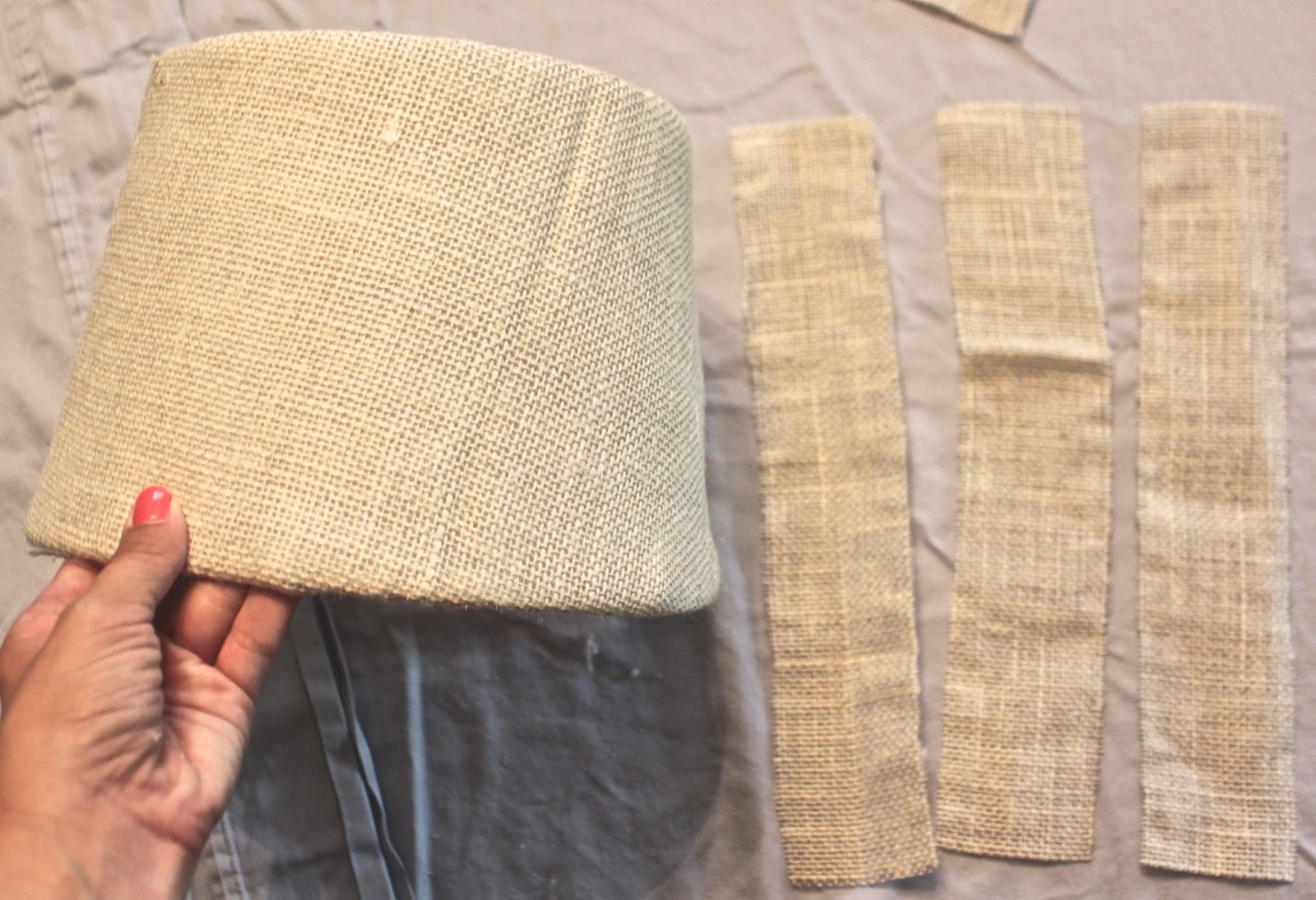 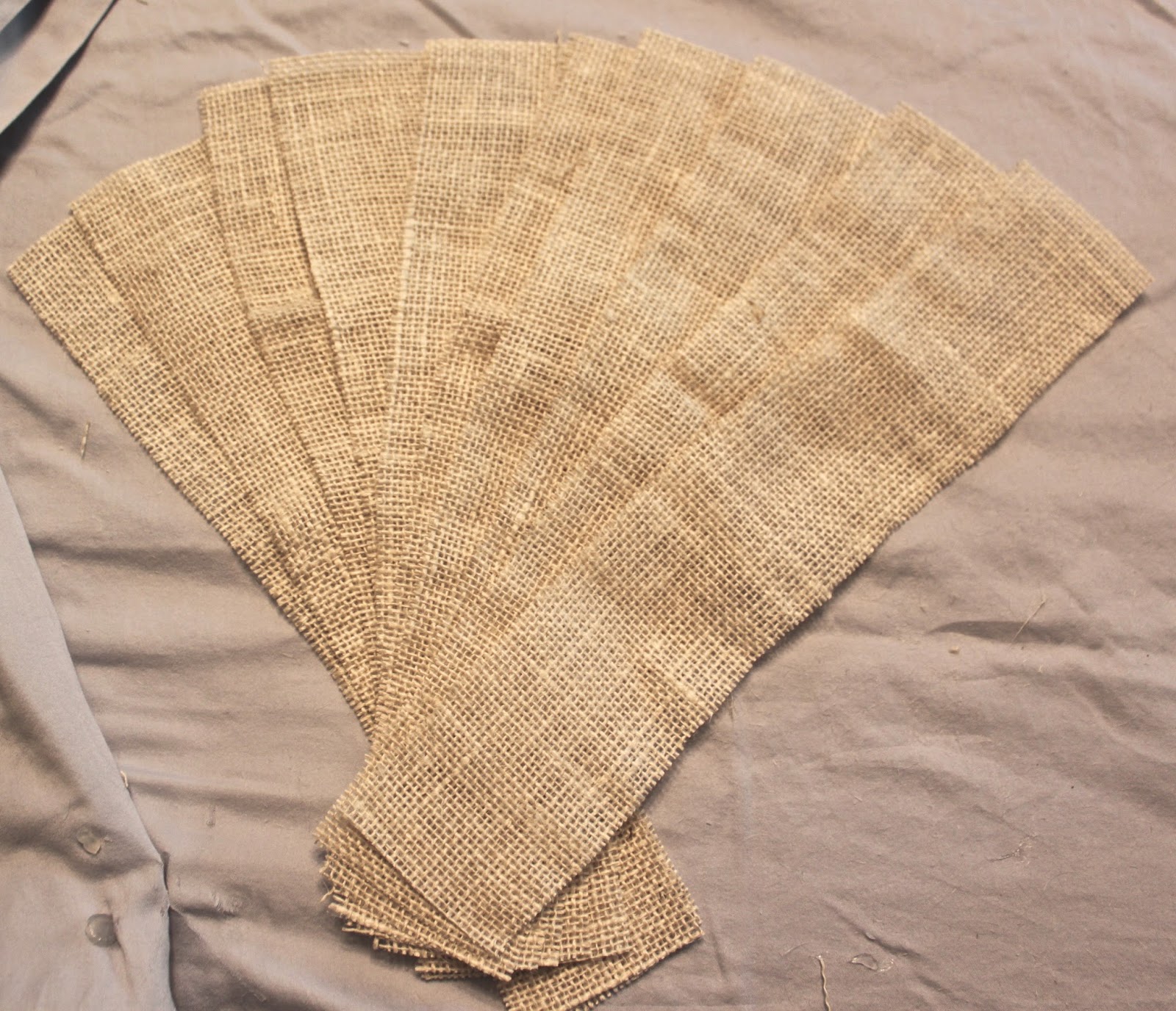 Once I had all of my strips cut, I ironed each of them in half to create a fold. 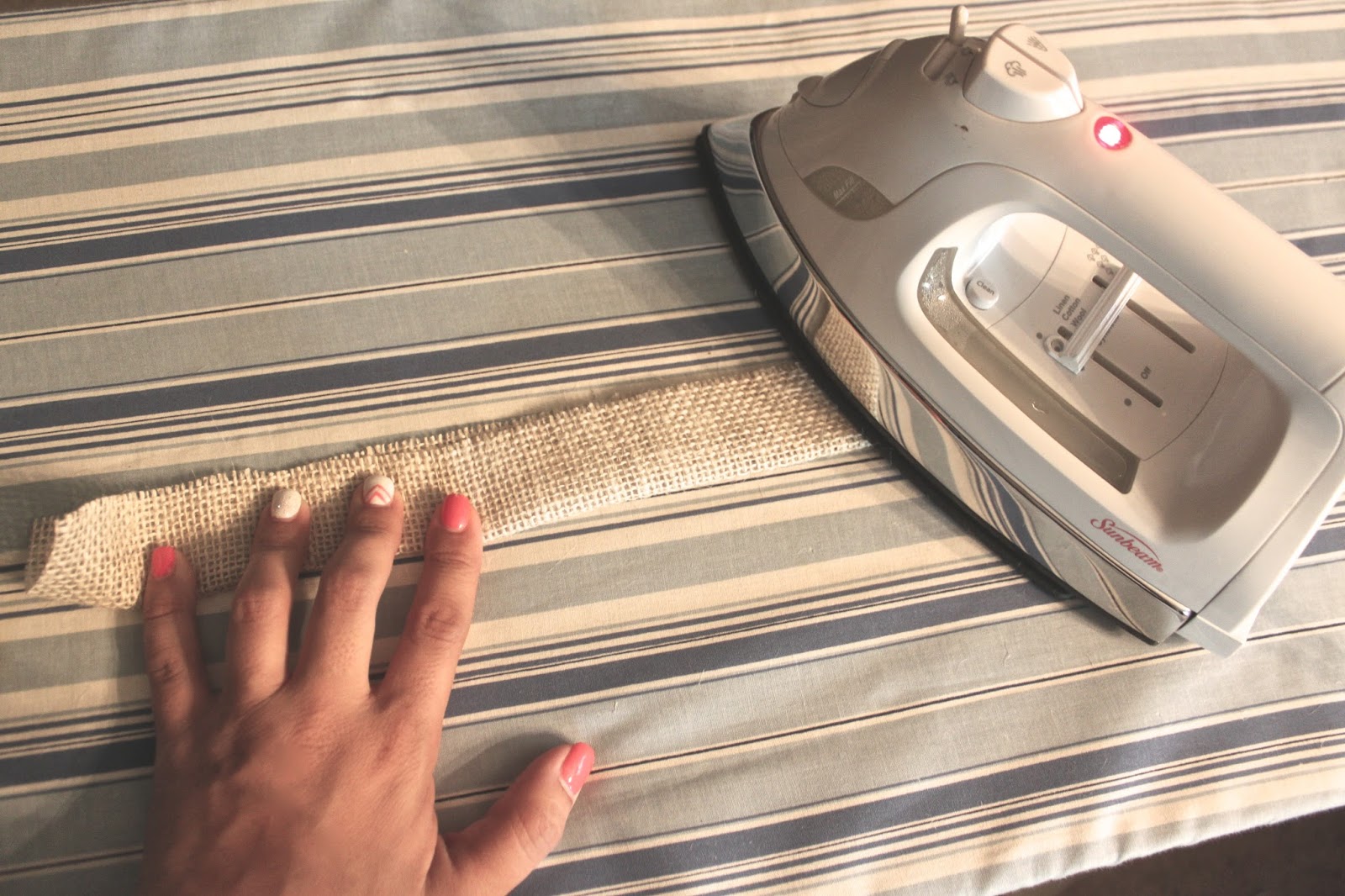 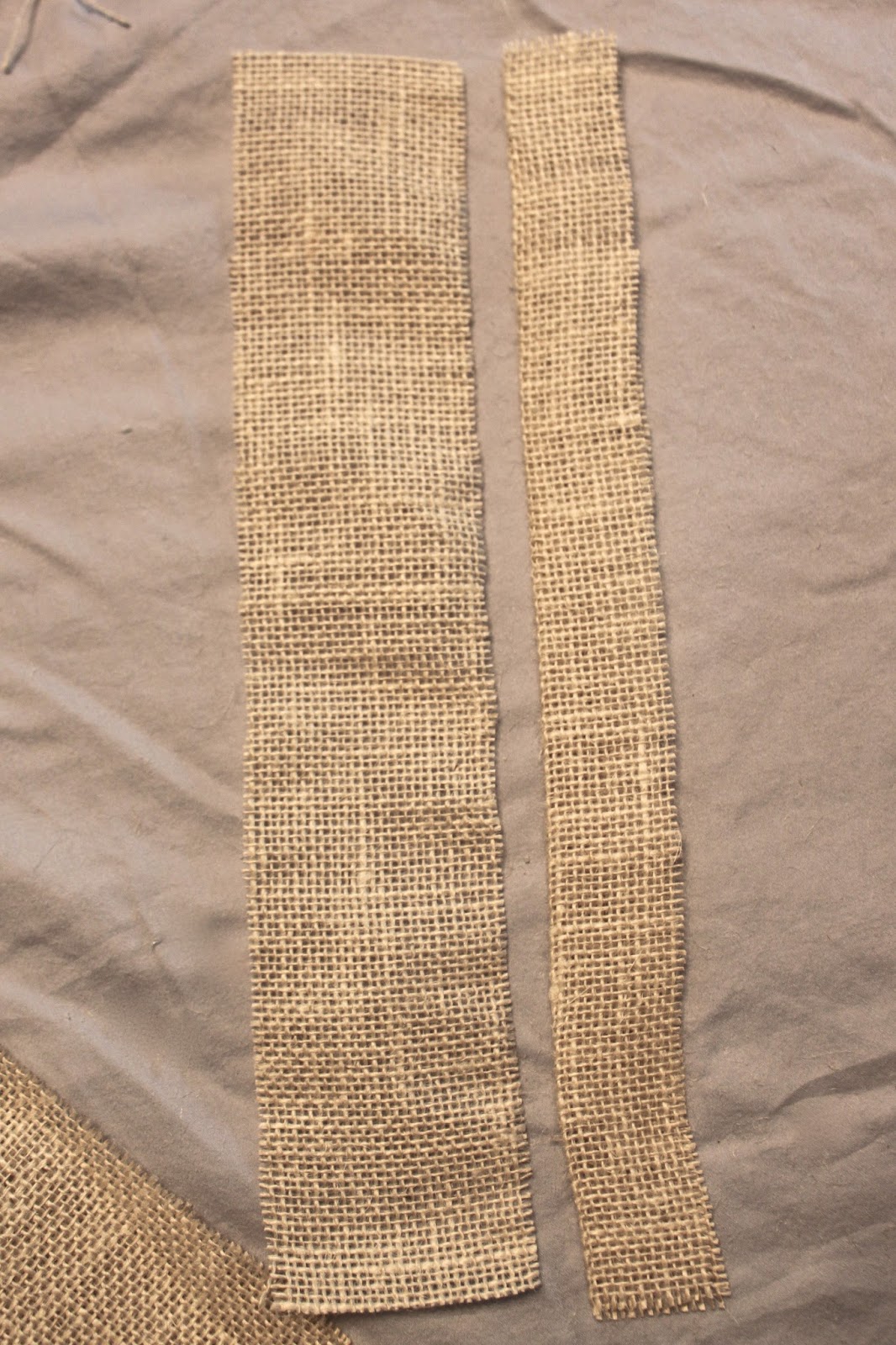 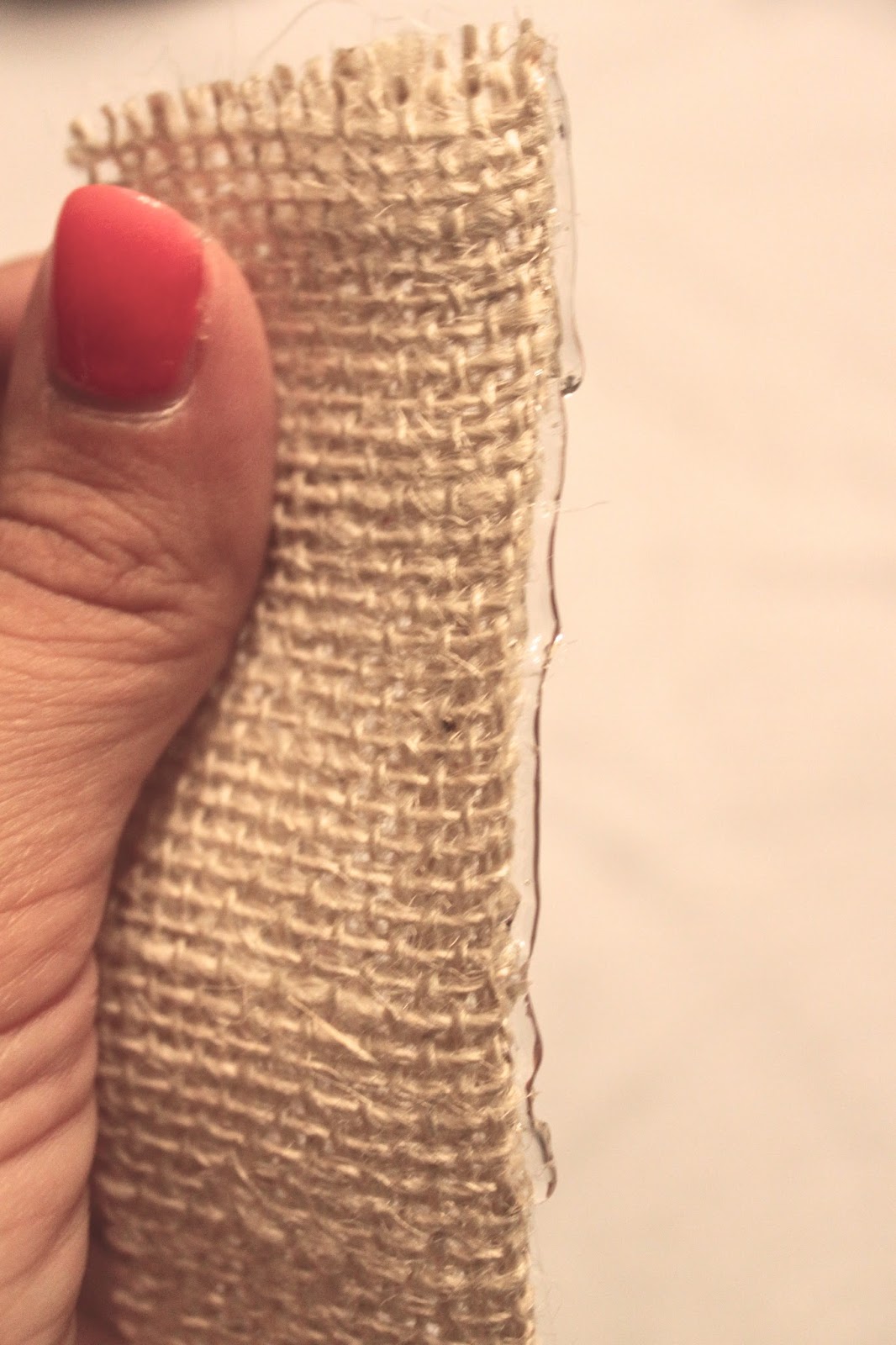 This strip has been glued on the top, and the straight piece is what still needs to be attached. 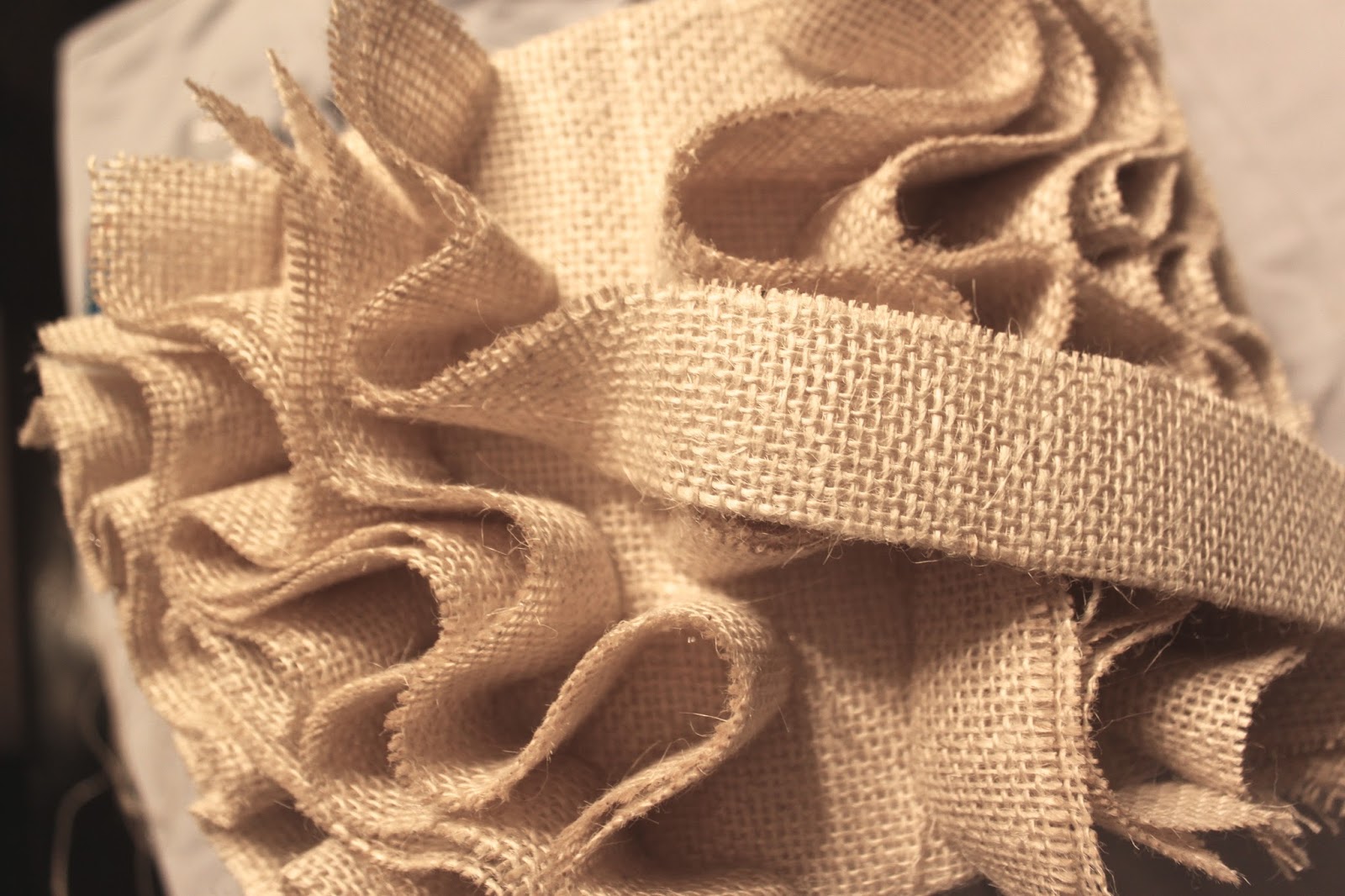 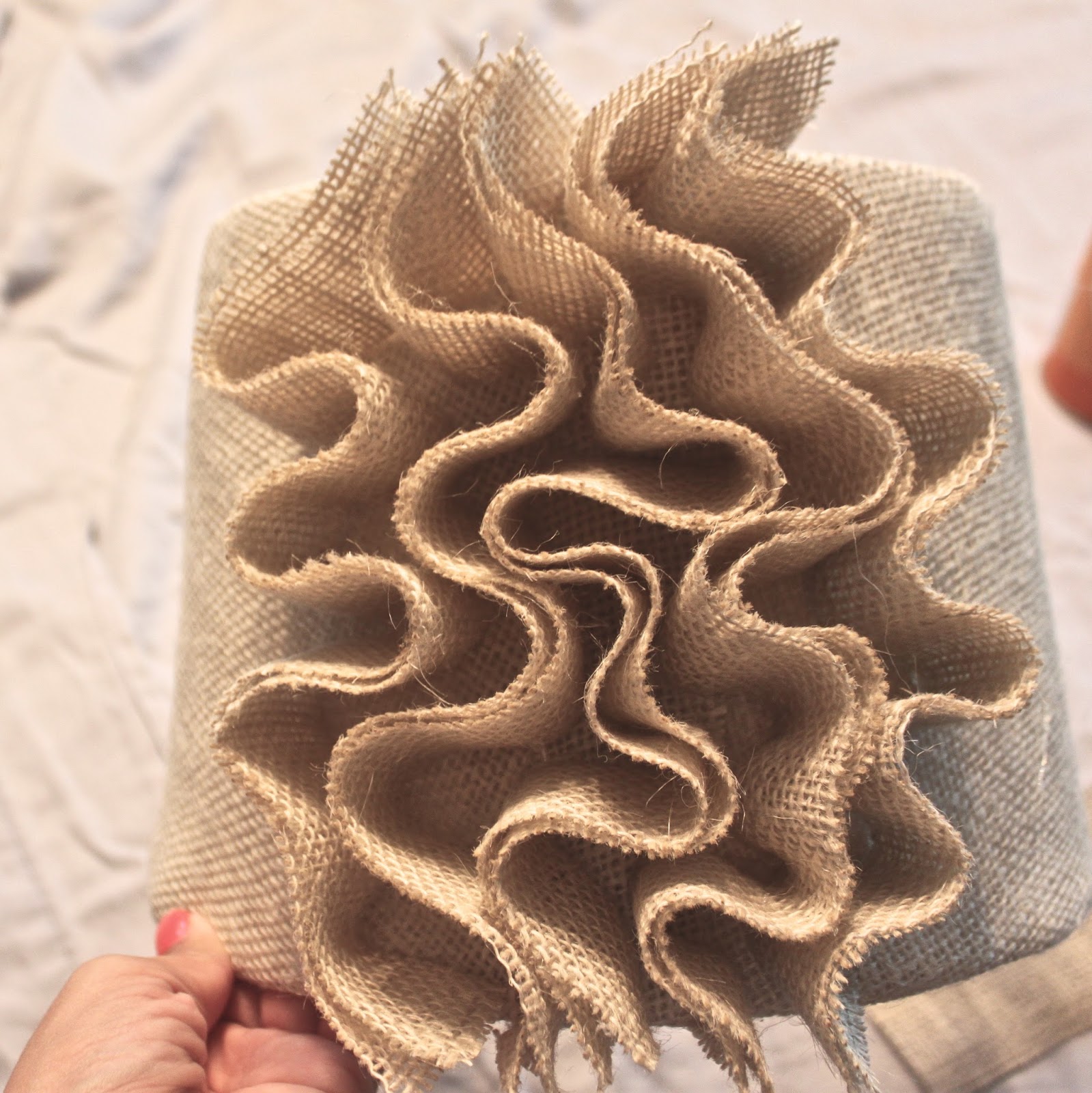 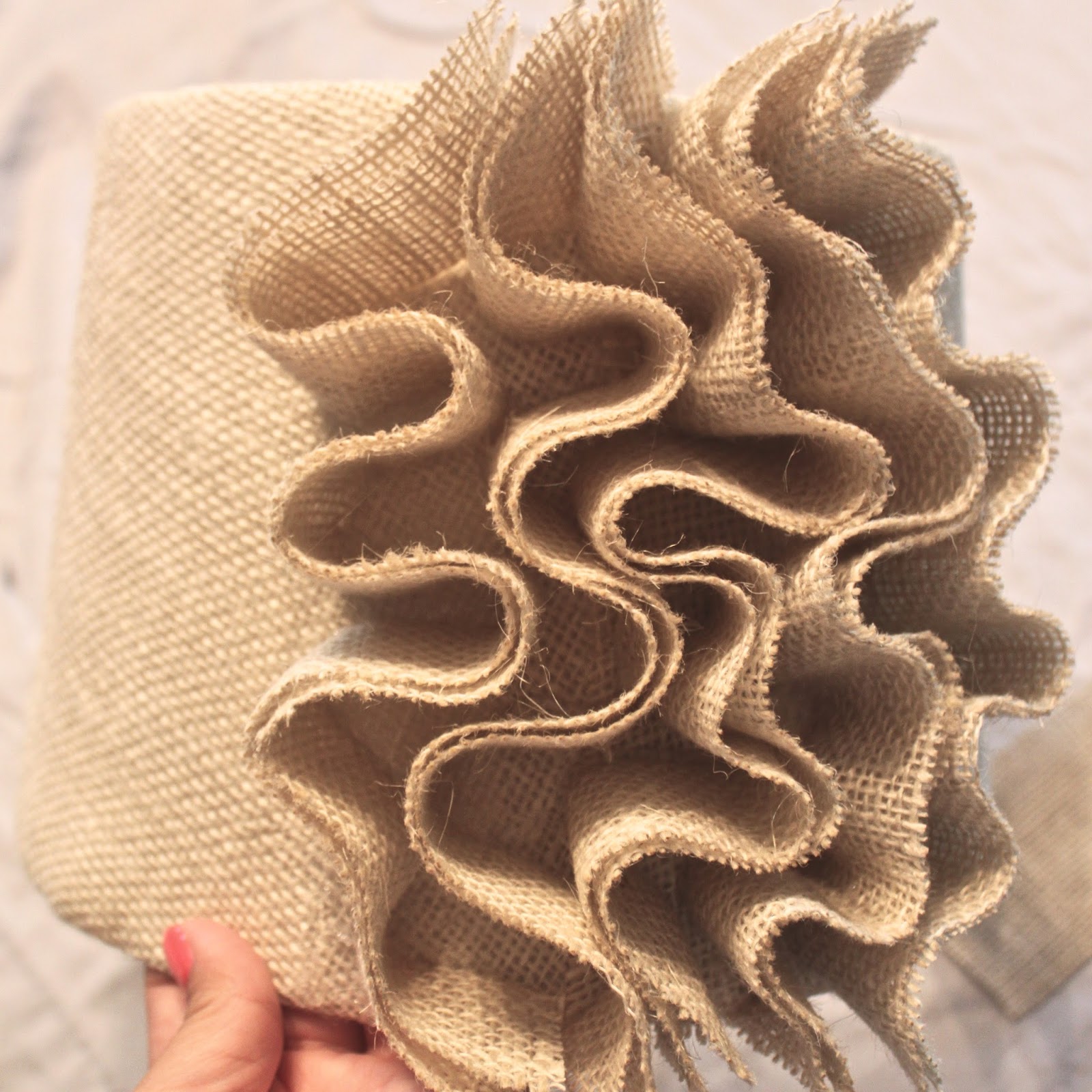 I completed these steps with all of the strips until the lamp looked the way I wanted it to. You'll want to make them curve in different areas so the lamp isn't so uniform looking. 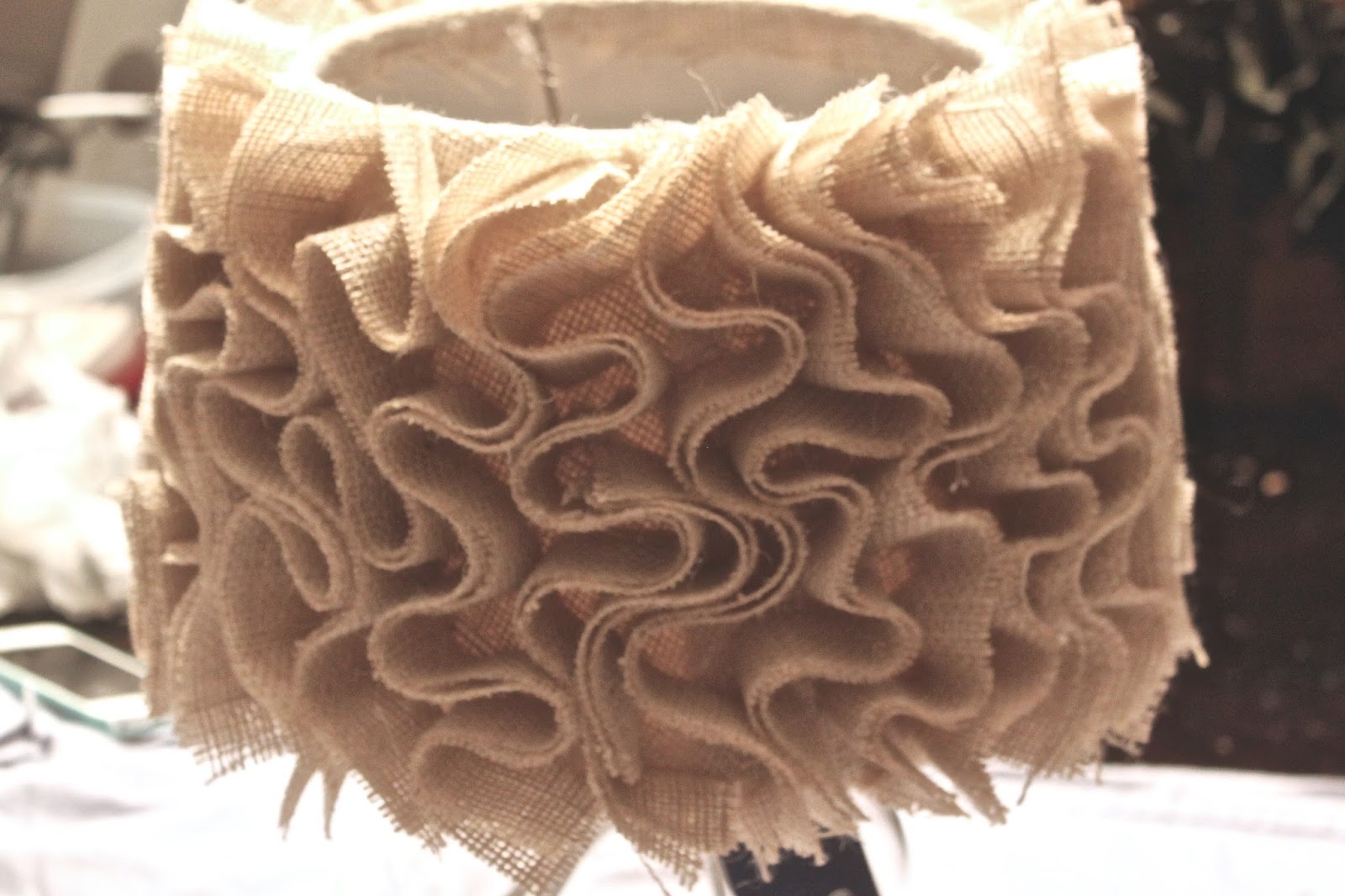 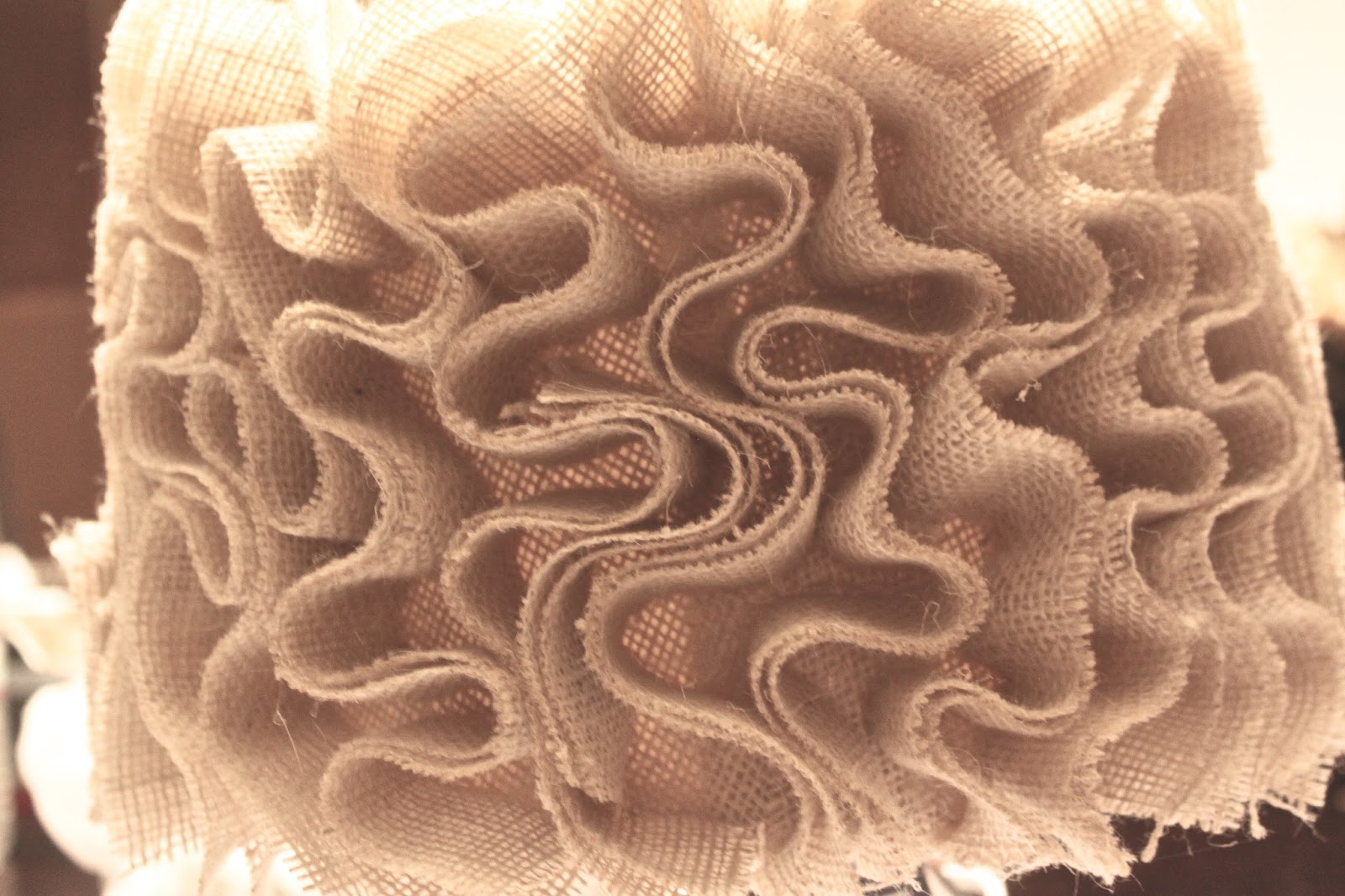 Finally, I filled the lamp base with a mixture of the sea glass and seashells and glued the candle plate to the bottom of the base to close the opening.

It was so simple and only took a couple of hours. I'm definitely not the craftiest person out there, so I was pretty proud of myself for this one. 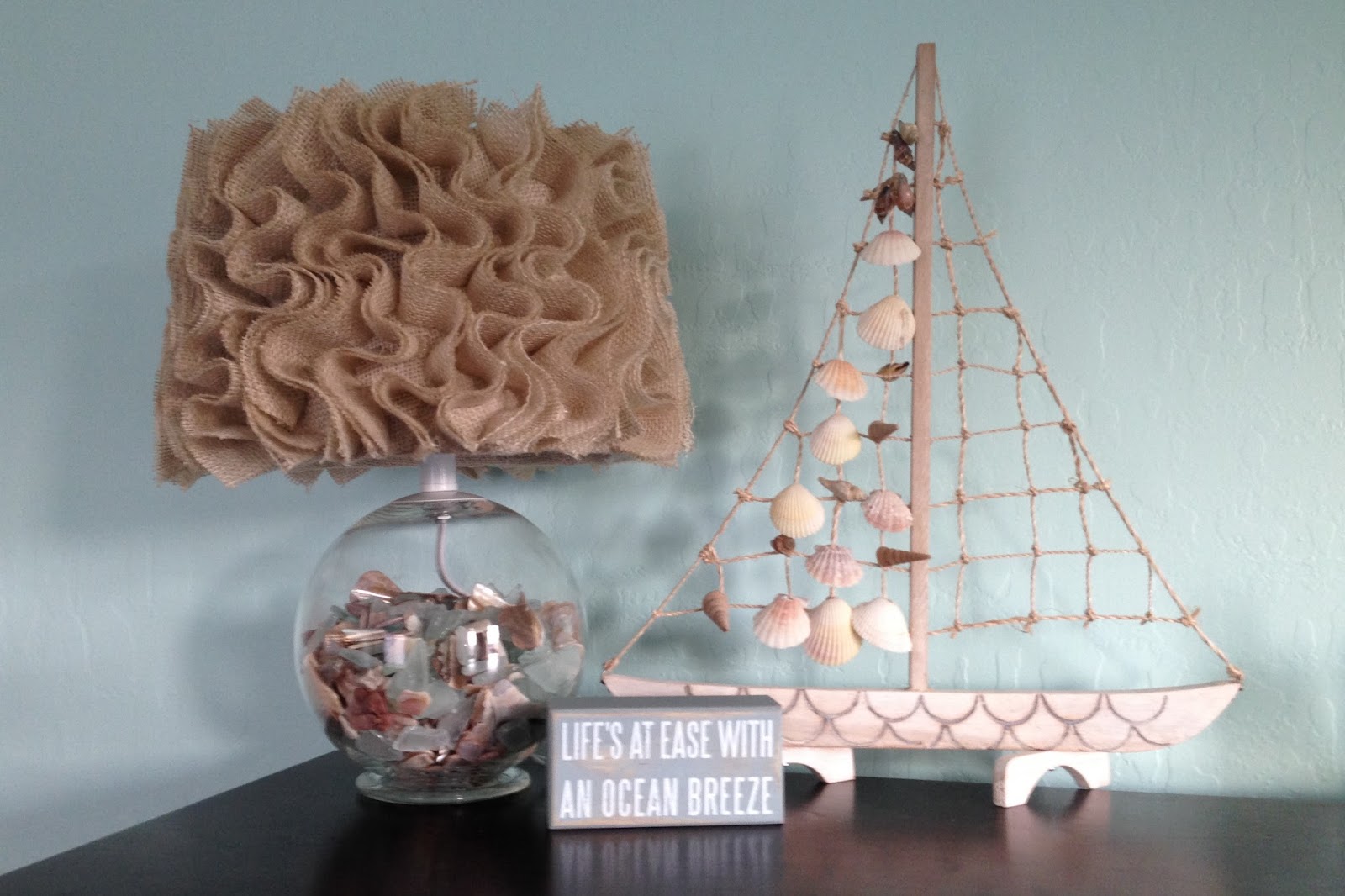 Now the girls have an adorable lamp to match perfectly in their new bedroom! 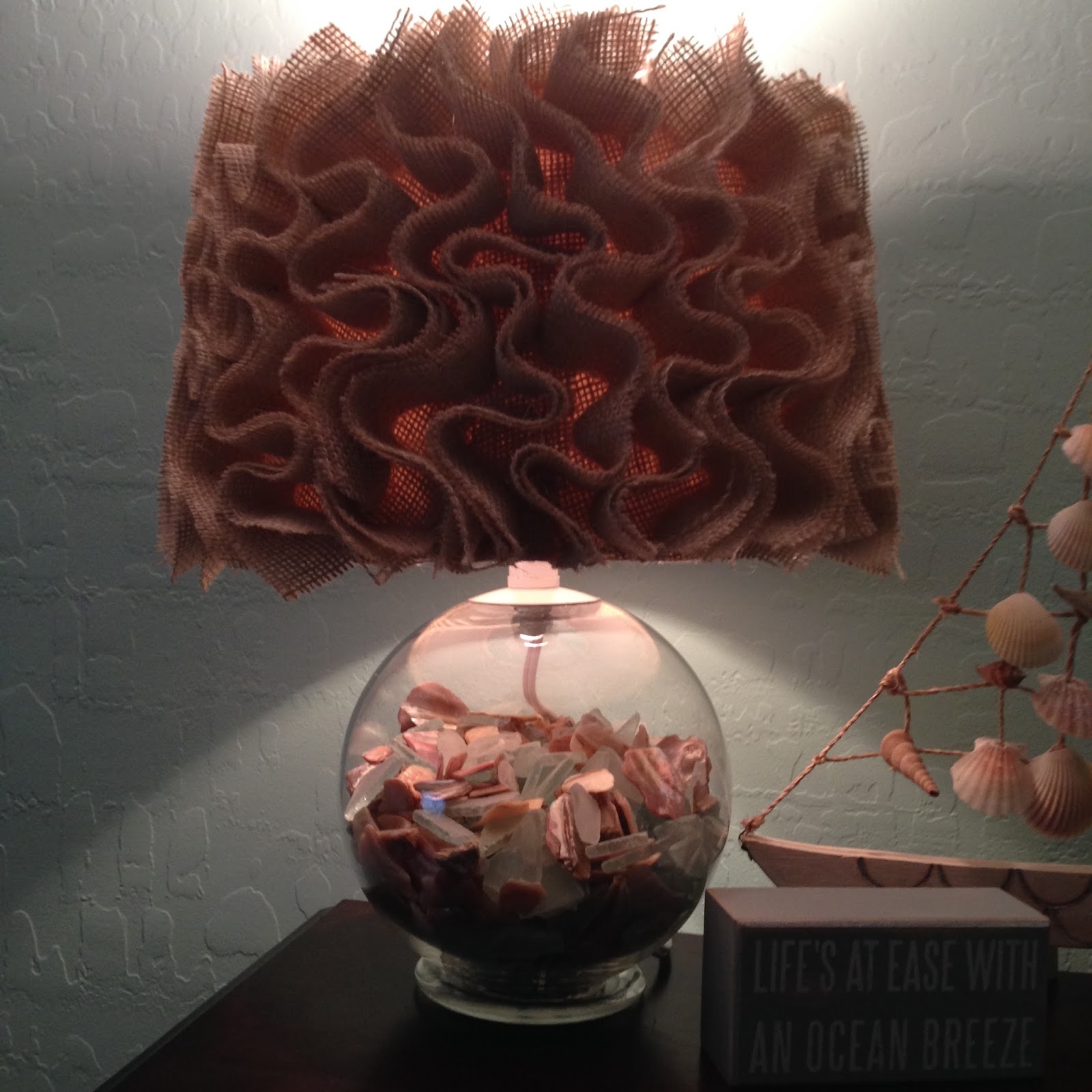