By Courtney Espejo - March 04, 2012
Seriously...spring time in Vegas is the best thing ever!
Plus, it starts in February which is even more awesome.
We've been spending a lot of time at the park lately, and this past weekend was no exception: 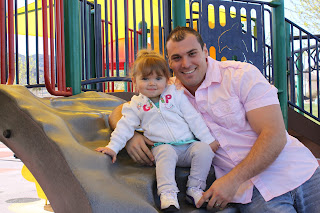 We headed over to the Acacia Demonstration Gardens pretty early on Sunday morning.
Grace started exploring and playing on the playground right away: 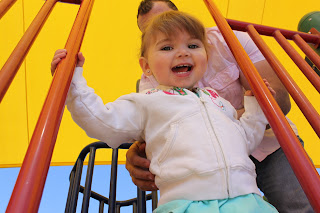 Since there weren't many kids there yet, she wanted Mommy to climb all over with her: 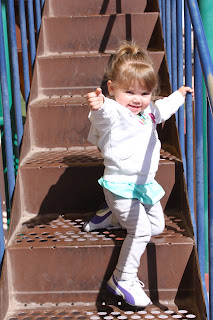 She discovered the steppers and went back and forth a few times: 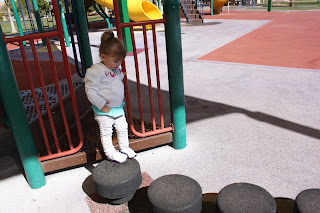 She fell once and recovered pretty quickly.
When she fell the second time, she was ready to go "buh bye"...
Until she saw Noah and Easton walking up.
These guys are her best buds, and she was stoked to have them there to play with her.
Noah and Grace had slide races: 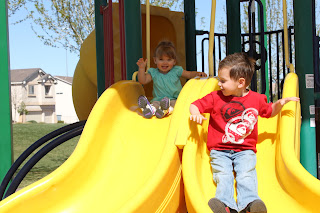 And then Easton joined in: 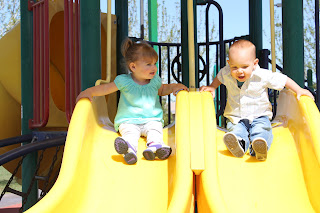 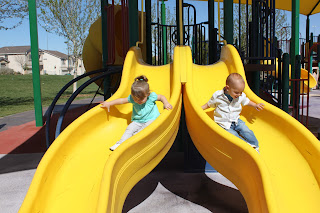 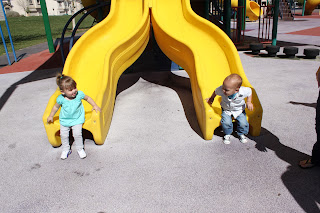 Later, Easton and Grace hung out at the top of the playground: 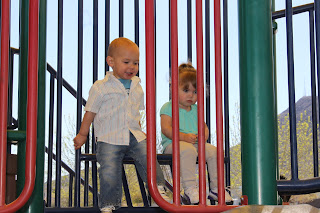 Until big brother walked up. Then Grace wanted "Oah" to sit next to her: 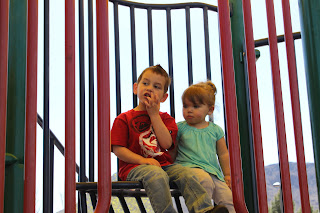 Soon the ice cream man pulled up. The poor kids were just standing around staring at it. Shelly couldn't resist but to get them some popsicles: 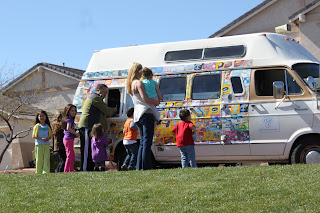 Side Note: We'll have to remember to bring more cash next time. $9 for three popsicles is pretty ridiculous! I remember my dad spending like $20, and we'd get a huge bag of popsicles that'd last a day or two. 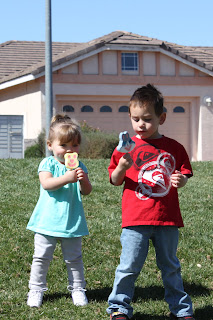 The kiddos loved them! 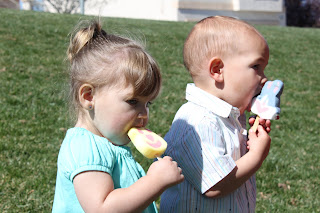 Next up was fruit snacks and juice pouches: 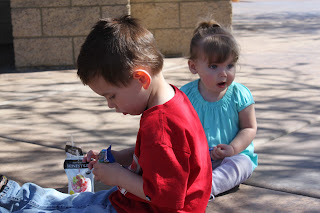 Then they were ready to run again: 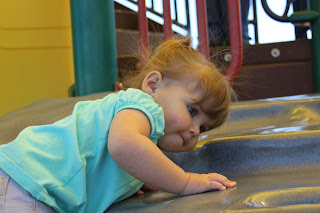 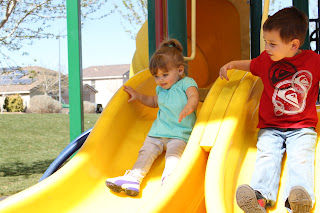 Grace started getting tired after a bit. For some weird, backwards reason sugar always does that to her. She's a crasher.
Daddy took advantage and went to play with her on the swings: 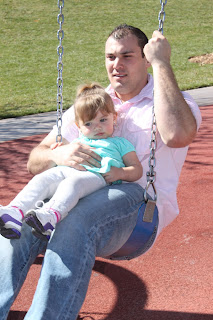 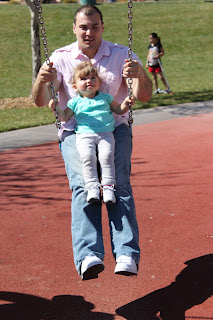 The Ditatas ended up coming, and Tenley and Ed got to play on the swings too: 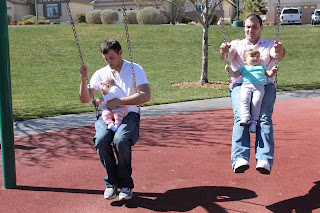 Then Gracie wanted to swing with "Oah": 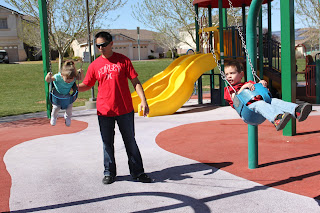 After the swings, Grace tried showing Tenley all about the playground, but she wasn't too interested. Give her a few months, and she'll be right up in there with the other kiddos: 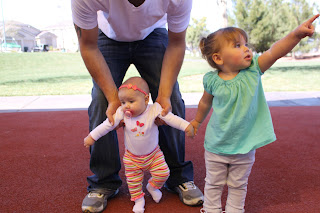 Finally, after about three hours, we were ready to go.
Grace had to ham it up for one last picture before we left: 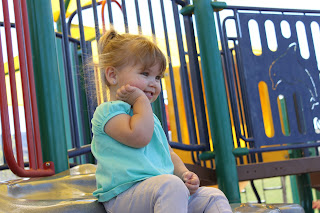 Grace loves to play with Noah and Easton. She asks about them every single day. I'm glad we have such awesome neighbors and friends. Here's to many more park days this summer!
Friends Spring