By Courtney Espejo - February 16, 2012
This year for Valentine's Day, I told Isaac I just wanted an Edible Arrangement. If you've never had one, you're missing out! We were watching tv one night, and a commercial happened to come on for them. Being six months prego, I wanted one instantly.
Isaac looked online and decided that he and Grace could make one instead of purchasing one. Not only would it be that much more special, it would cost less too!
The night before Valentine's Day, I was instructed to stay in the bedroom alone for the whole night. I secretly had a little gift I was making him as well, so that worked for me.
We started out by sending out Grace's valentines. She's been in love with Elmo lately, so we searched online for Elmo ones but couldn't find any we liked. We ended up going with the next best things: Winnie the Pooh and Mickey Mouse Clubhouse. She needed two boxes because she's got a lot of valentines!
Grace really likes stickers, so putting the stamps on was her favorite part: 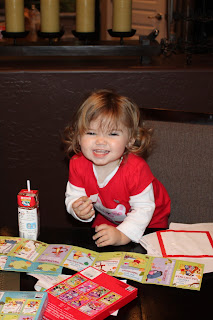 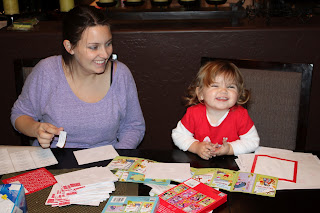 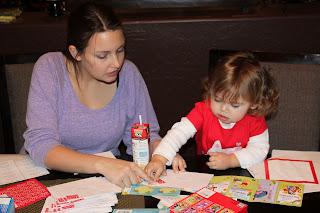 Next, I went to start on Isaac's gift while Grace helped him make mine: 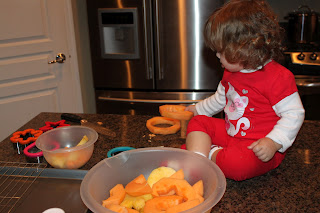 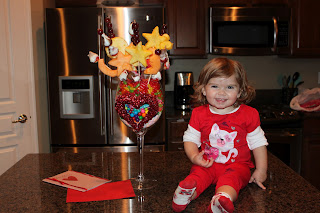 She was one busy chick that night. Soon, I needed her in the bedroom to help me finish up. I painted purple finger paint on her hands with a paint brush, and she wasn't sure what to think. After the first hand print, she wanted it off. It took a lot of work to get that second one. Then she started crying and holding her hands in front of her. She hates having stuff on her hands and wanted to wash them immediately. Daddy's gift turned out super cute anyways: 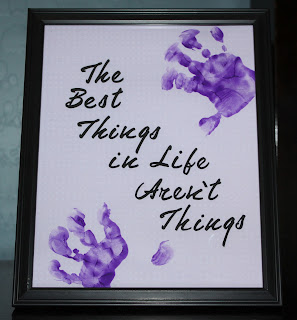 It was nice to make each other gifts this year. Valentine's Day felt extra special because we took the time to do something out of the ordinary for one another.
We decided to exchange gifts that night instead of waiting because Isaac thought his gift might not be good after a day. I'm glad we did, because all of that fruit was delicious!
Grace enjoyed it too, but she calls all fruit "a apple". She'd keep pointing to whatever piece she wanted and say, "a appoh". Super cuuuuute!
She even got Lady and the Tramp (which she loves), a new monkey (she calls him "ahh ahh"), and a cute new Elmo shirt: 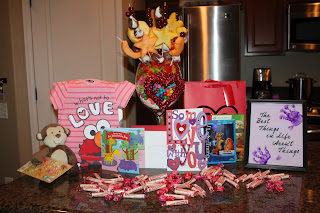 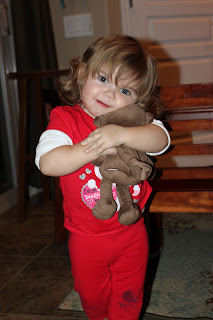 The next day, which was actually Valentine's Day, we had a mini photo shoot. I try to do this on every holiday so we have cute pictures to look back on later when she's way bigger, older, and not so squishy: 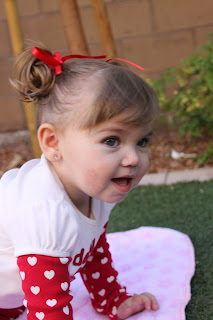 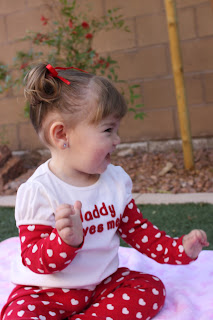 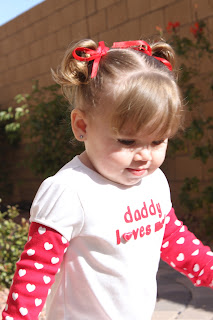 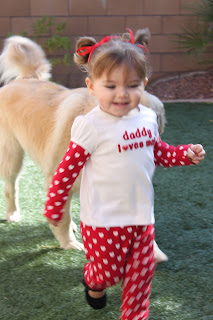 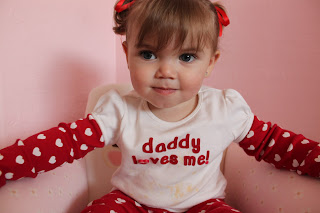 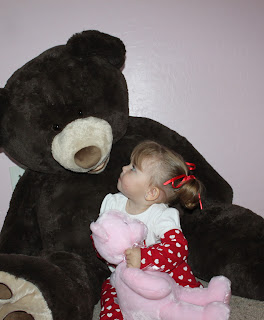 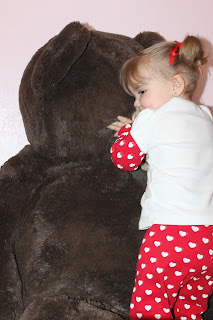 Happy Valentine's Day!!
I hope all of yours was just as special as ours.
Family Holidays