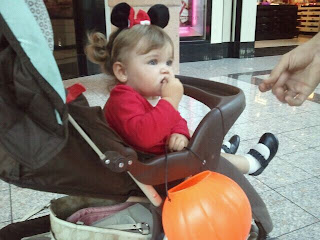 ...we celebrated Halloween by dressing Grace up in her Minnie Mouse costume. Per our usual holiday tradition, we visited all of the grandparents before heading home to trade candy with the neighbors. It was really fun, but I think next year we may try actual trick-or-treating: 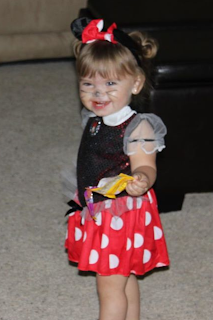 ...we took Grace shopping for some new shoes and all ended up getting a few pairs. It was hard to resist when we got such great deals at the new Nordstrom Rack on Stephanie Street: 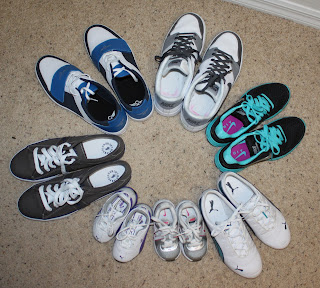 ...we had dinner at Macaroni Grill and became addicted to their delicious Mac and Cheese Bites: 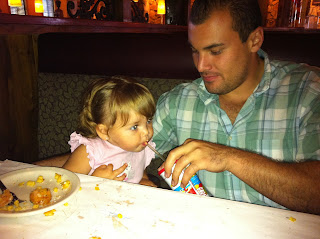 ...Grace went digging for some cereal in the Fruit Loops box: 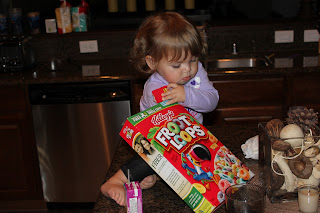 ...she watched TV on her belly kicking her little feet all around: 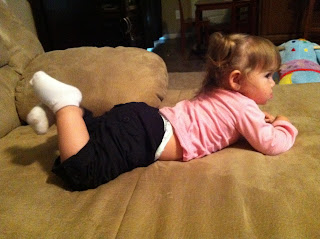 ...we got some rain and Grace peacefully watched it fall out the window: 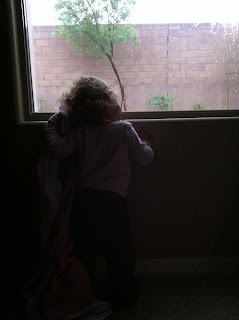 ...she tried to stay warm after her nightly bath: 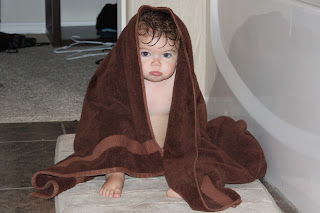 ...we went to get our bridesmaid dresses for Kasie's wedding and Grace had a blast playing with their colorful selection of purses: 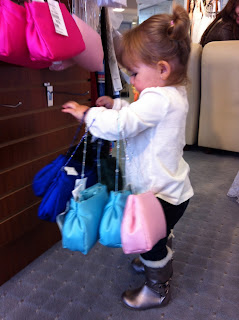 ...Grace and Cash played through the sliding glass door: 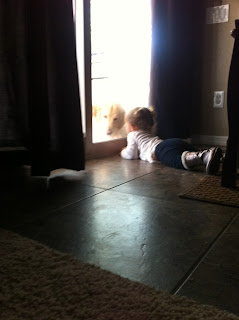 ...I did Grace's hair in pony tails while she made a mess: 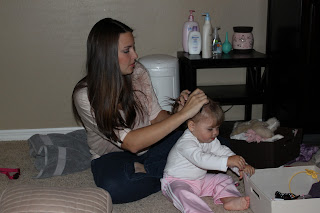 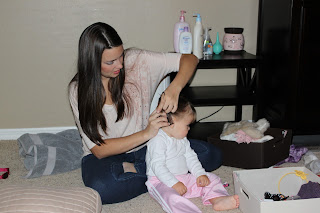 ...Grace was so tired after the party, she passed out the second Isaac laid her on the bed: 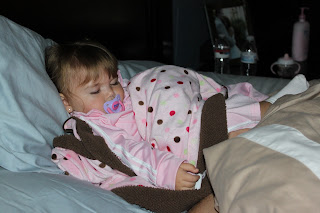 See ya next week :)
Weekly Update