A Visit from Grandma

By Courtney Espejo - October 16, 2011
Most of Isaac's family lives in Nebraska, so we don't get to see them very often (miss you all!).
Occasionally, they come to visit us, and we LOVE it!!
This time, it was Grandma Crnkovich's turn.
She arrived on Wednesday night and came right over Thursday morning to spend the day with Gracie while Isaac and I worked: 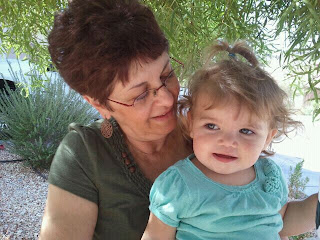 We had gone to the mall the night before, and I was dying to go to this carnival there after I smelled the cotton candy from a mile away.
Friday night after work, we all met up at Montesano's for dinner and then headed straight for the cotton candy carnival.

Grace went on the carousel with Grandma Lisa. It was pretty much the only ride she was big enough to go on:

Not too sure if she liked it, but she didn't cry. Baby girl kept a serious face on the entire time.
I tried giving Grace some of this amazingly delicious cotton candy, but she wanted nothing to do with it and kept throwing it on the ground: 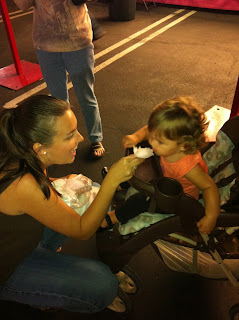 (Is she really my kid?)
Later, Isaac, Zacarias, and Kasie went on the Sky Master. These types of rides are totally not my style. I'm a major wuss when it comes to anything having to do with rides or heights, so this was a double no: 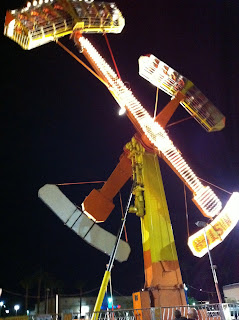 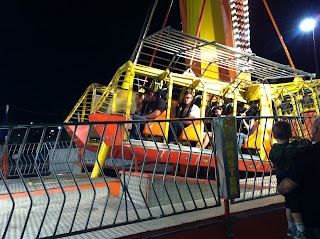 They had so much fun they went again...and again.
Grace danced to the carnival music and put on a show for Grandma C while we waited.
Isaac and Zacarias raced through the fun maze. Of course Isaac would get stuck, so Zacarias passes him:
Daddy won Grace two goldfish, but when I thought about where we were going to put them and having to remember to feed them and clean the bowl, we decided to give them to another kid to take home and love.
We had a lot of fun, and Grace even got to stay up until 10:30.
Later on that weekend, we met Grandma Lisa and Grandma C at the Springs Preserve.
It was all decorated for Halloween: 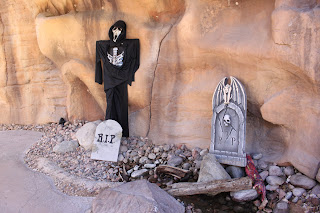 They had lots of nasty bugs like scorpions, giant cockroaches, and spiders that are native to Nevada. Grace wasn't too fond of them: 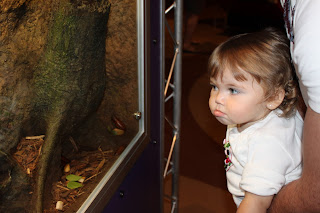 We also saw a room filled with information about the building of the Hoover Dam and mining days: 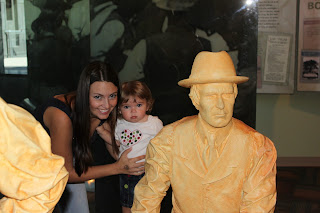 Grace had fun looking at Daddy through the windows of some of the houses, and they even got to sit on a giant tortoise: 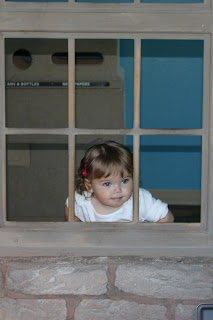 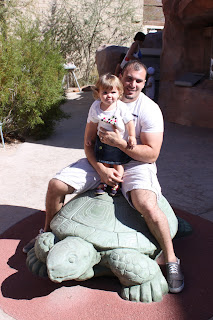 We had lots of fun with Grandma C this week and were sad to see her go. Luckily, we've already got a trip to Nebraska planned for June of next year! Isaac can't wait to take Grace back home and show her off to everyone.
Family