By Courtney Espejo - October 09, 2011
At work this past week, Isaac and Geni told me how they were just dying to go to the Renaissance Festival.

I think Isaac had giant turkey legs running across his mind.

After much back-and-forth deliberation, our Saturday was all set up for turkey legs and jousting competitions.

Kasie, Geni, and Brad joined us for what promised to be a good time.

When we pulled up, I was a little nervous because about eighty percent of attendees were donning their finest in Renaissance attire.

Ummm...is dressing up a requirement? 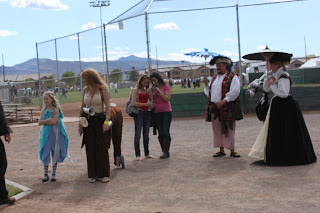 Notice the lady in the half horse costume...say whaa?

We got inside and saw some interesting set ups: 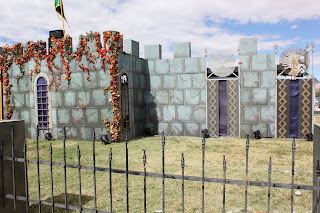 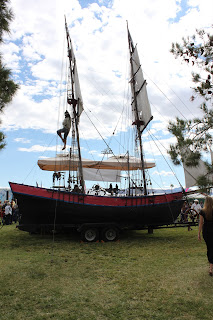 They even had a shackle stand in case you wanted to behead anyone misbehaving in your group: 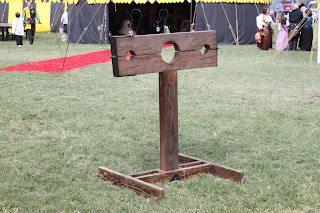 Isaac tried out the cow horn. I wanted him to buy it, but it was something like $50?!? Apparently there were a lot of camels back then, because they were offering camel rides: 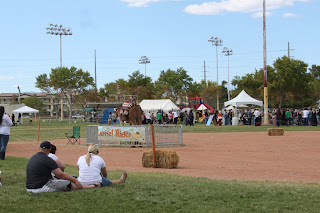 After walking around checking out these awesome booths, we decided to grab a bite to eat (since that's the whole reason we I came).

Isaac ended up getting a gigantic Polish Sausage, and I got a terrible Philly Cheesesteak. Usually cheesesteak's are amazing at festivals, and I was truly looking forward to it.

The ones from way back in the Renaissance days are not.

Grace and I shared a lemonade slushie: 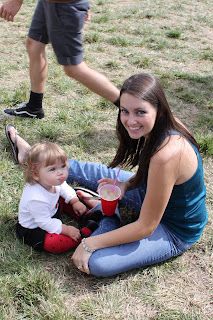 Then she drank most of Daddy's iced tea and chomped on some of his fries: 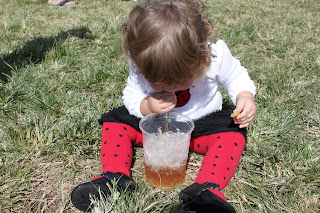 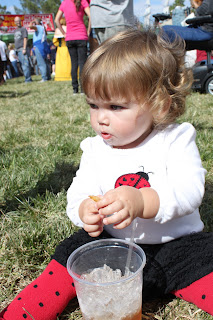 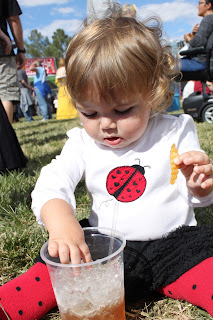 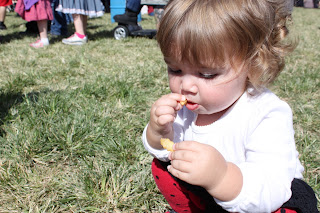 We read the itinerary and noticed that the Battle Royale was coming up.

Of course we had to stop by the funnel cake booth on the way over there: 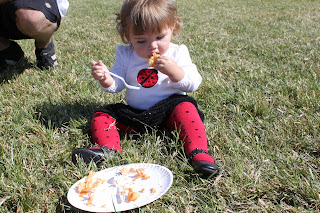 We grabbed a spot and ran around playing while we waited for this shindig to start (we were about forty-five minutes early): 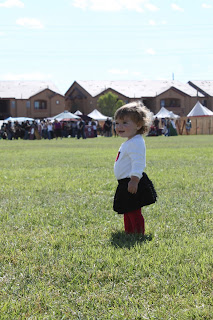 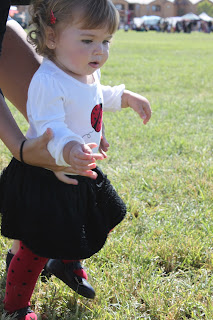 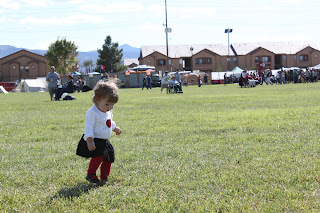 Finally, we saw the guys lining up and thought they looked totally cool: 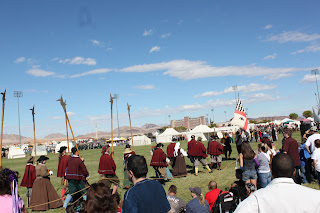 Once the battle started, you could obviously see that they were not even trying to pretend fight.

It was the ultimate in lameness.

On our way, we passed the shopping venues.

One booth was selling real-life swords in the ballpark of $500. We overheard one lady ask if they could slice through a human and started walking a little faster.

Grace passed out on the way home and took a decent little nap: 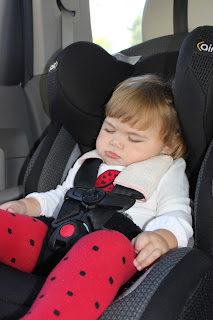 I think it's safe to say we probably won't be attending this awesome festival next year.

At least we got some good pictures?
Friends