By Courtney Espejo - February 27, 2011
...we bought a pumello at the grocery store. We had no idea what it was, but it basically tasted like an orange: 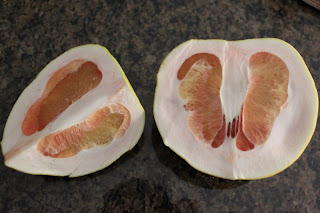 ...Isaac tried the"Hurricane Simulator".  We've been seeing these all over, and Isaac finally got brave enough to test it out. Apparently, it blew winds at the speed of about eighty miles per hour. Doesn't look too bad, does it?  Isaac said it just felt really windy. I was hoping it would blow him all around the machine and get him soaking wet. Major let down. 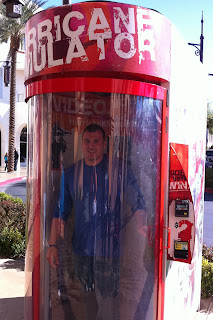 ...Isaac's Papa and Grandma Diane came into town to meet Gracie bear. They arrived on Thursday, so we decided to drive out to his mom's to see them all when Isaac got home from work that night.
Grace was the sweetest little pumpkin while we drove across town for the big surprise: 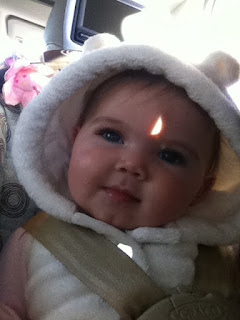 She even took a little nap: 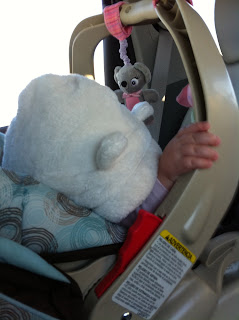 They were shocked to see us, and Grace loved meeting them. She got to enjoy dinner at the Olive Garden while becoming accustomed to another set of grandparents. Once her shyness wore off, she couldn't get enough of them.
The next morning, they came over to watch Gracie while we went to work.
She had to show off her new hat and sunglasses that she got for summer: 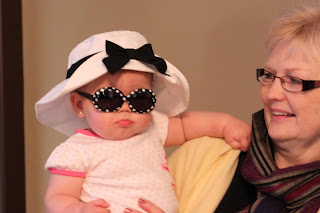 While we were at work, they took Grace to the mall and picked her up some adorable new earrings: 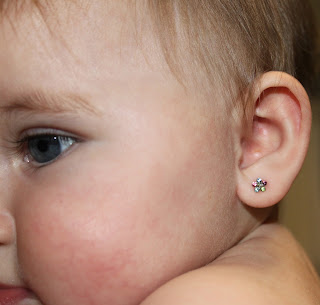 The spoiled little monkey also got fitted for some new kicks: 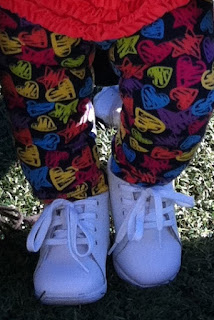 They really help her to stand better, too.
That night, they stayed for dinner and Zacarias and Savannah joined us.
Papa helped Grace work on her walking skills: 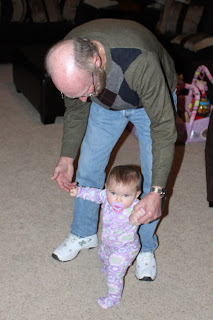 We also got THEE bEsT picture of Grandma Lisa and Grace: 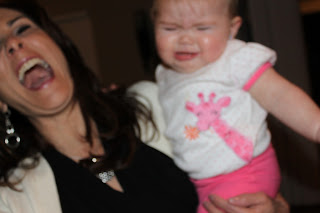 Seriously priceless, right?
Sunday we took a drive out to Town Square to walk around, eat lunch, and shop.
We ate at Brio (an Italian restaurant), and it was soooo good!
Seriously can't wait to go back.
Plus, we got to eat outside in the amazingly beautiful weather (weird because it had just snowed the night before): 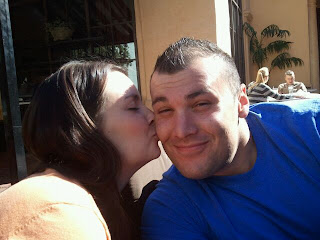 While waiting for our lunch, we got the cutest picture of Isaac, Papa, and Grace: 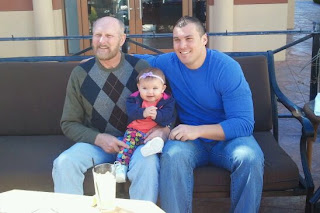 After we ate, we took Grace over to the little park where she got to see some other kids her age.
She met one friend that was nine months old and another that was ten months.
We also ran into our friend Chelsea (amazing, inspirational blogger AND beautifully creative photographer) with her son Conrad. It was great to see them, and I was amazed at how big little boy Conrad has gotten. These kids are seriously growing way too fast.
Grandma Lisa played with Grace while we ate some ice cream: 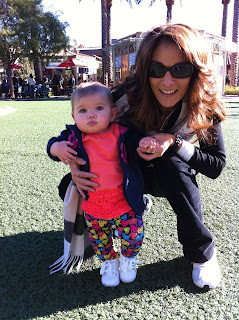 And then it was time to head home.
We were sad to say goodbye to Papa and Diane, but we had so much fun visiting with them this week. I know that Grace absolutely LOVED meeting them as well.
Hopefully it won't be so long before we get to see them again!
Family Weekly Update