By Courtney Espejo - February 06, 2011
This year for Isaac's birthday, he wanted to do something really big.
He was turning a quarter of a century old after all.
After weeks of thinking about it, the day before his birthday came, and we still had no plans.
Fortunately, one of the guys we work with came across some tickets for the UFC fight the night of Isaac's birthday.
He offered them to us, and we couldn't resist.

Isaac woke up early to go golfing with the guys.
He was gone pretty much the whole day, so when he came home, he quickly jumped in the shower to get ready to head to the Mandalay Bay.

My sister, Jeni, agreed to watch Grace for us that night.

She arrived just in time to snap a quick picture as we headed out the door. 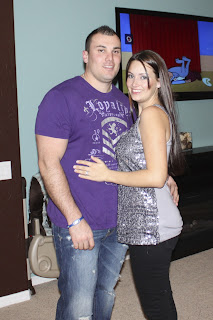 The fights were ThRilLiNg, and our seats were great!
I enjoy watching the fights on TV, but there is nothing quite like seeing them in person. 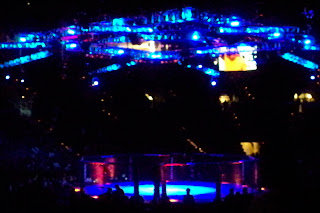 It feels like you are back in the gladiator days with thousands of people gathered around an arena chanting things like "hurt him!"
My favorite fight was watching Forrest Griffin and Rich Franklin.
I thought it'd be a little more exciting, but it was fun to watch nonetheless. 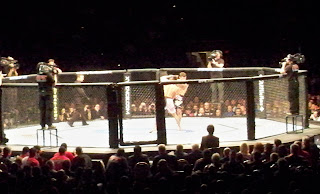 The best part of the night was getting to see Tito the whole time.
He is my FaVoRiTe fighter (followed closely by Rampage). 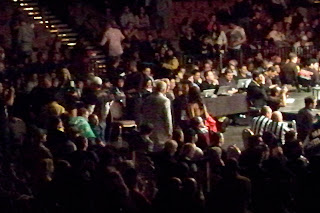 (That's him in the white suit <3)
When Rampage sat next to him, I was in heaven.
Isaac would say: "Ohhh! Did you see that hit?"
My reply: "NO! Dang it...I was watching Tito again."
That's really a conversation that we had.
True story.
After the fight, I told Isaac I just wanted to go home.
Little did he know, his mom and a few of our closest friends were waiting there to surprise him.
This is what we saw when we walked in the door: 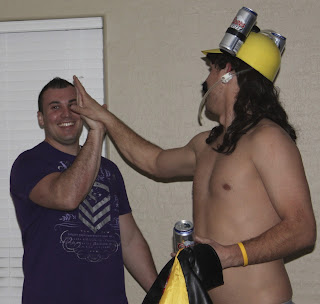 Isaac's face is priceless.
The rest of the night was pretty normal.
Isaac blew out candles: 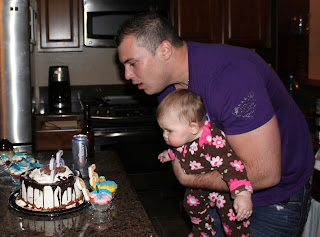 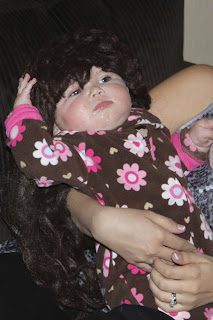 I'd say he had a pretty awesome birthday!
That one's going to be hard to top.
Birthdays Friends