Every Little Girl Wants a Pony 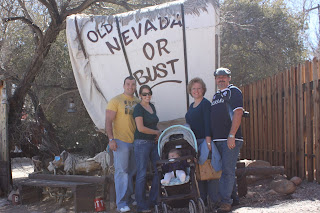 Bonnie Springs is a place I used to go as a kid.

My dad would take me there to see all of the different animals and have a 'Bonnie Burger' for lunch.

This week, he thought it'd be fun to take Grace.

Since Sunday was beautiful, we decided we'd head out there. 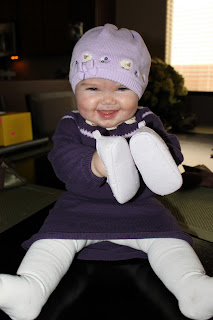 She kept fussing in the car that morning.

She wasn't really crying, just whining enough to get our attention.

When we stopped to pick up my dad, we discovered the source of her fussiness: 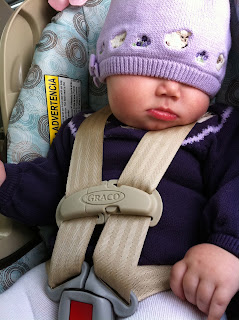 Poor kid!
We fixed her hat and left for Bonnie Springs.
The parking lot was really full, so we went straight to the restaurant to put our names in.
The bar in there had tons of bills stapled everywhere.
People wrote their name on them and the date they had visited. 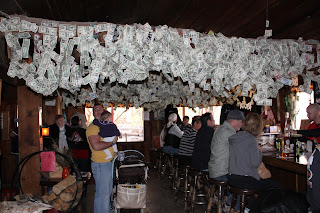 I was talking to one of the older guys in the bar, and he told me a really neat story behind them.
The whole roof and walls used to be covered in bills from around the world.
When the tragedy happened on 9/11, they took all of the money down and donated it to help out the families that were affected.

I thought that was an AwEsOmE thing for them to do, so Grace donated a dollar to be put on the wall with the others. 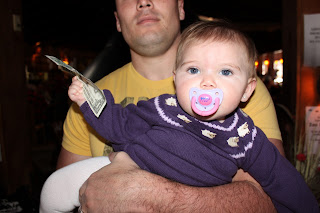 After lunch, we ventured around to check out the animals.
There was a pond with lots of ducks: 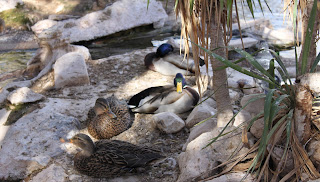 How cute is that little guy on the right holding his feet up?!
I've never been a fan of horses, but now I understand why every little girl wants a pony: 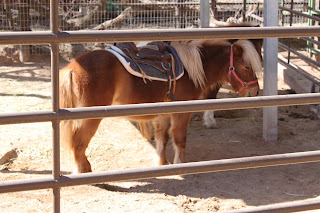 There were seriously tons of different animals, but my favorite had to be this guy: 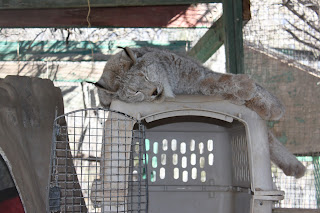 That's a HUGE cat!
Grace liked the goats, because she got to pet and feed them: 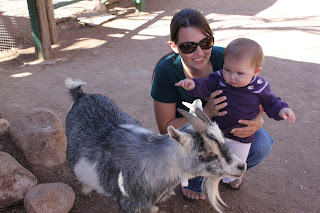 I forgot how BeAuTiFuL peacocks are in person.

Are you kidding me with those colors: 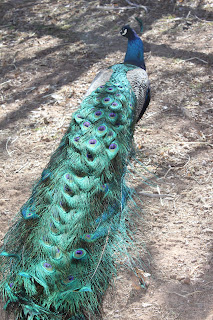 After a couple of hours exploring, Grace was ready for a nap.

We were sad to leave, but Grace had a great day playing with her Poppa in Bonnie Springs. 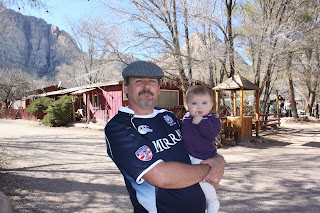