By Courtney Espejo - January 24, 2011
Saturday morning, Grace slept in until eight for the first time EVER!!
It felt amazing to sleep in, because she usually wakes up around six-thirty or seven.
The only bad part is that she slept through her FaVoRiTe show, Olivia. 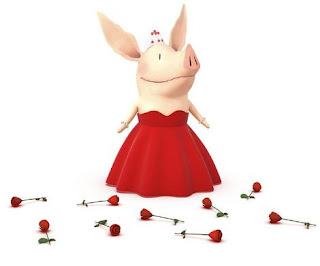 Good thing Mommy has a few previous episodes recorded!
After we watched Olivia and ate breakfast, we couldn't decide what to do. Since it was so nice outside, Isaac suggested that we take Grace to the park. She had never been before, so I thought it was a great idea. We all got ready and then headed out the door.
We drove to a couple of parks before heading to O'Callahan. I wanted to go there all along, because it is across the street from my dad's house, and I grew up playing there as a kid. Isaac thought we should try to find a newer park, but for some reason none of them had swings!
So, O'CallAhaN it WaS.
I couldn't wait to push Grace on the swings to see what she'd think of them.
At first, she was just kind of hanging out. 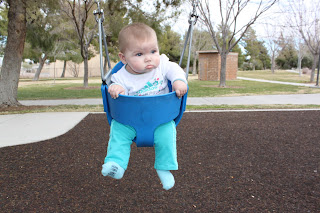 There was an older kid on the swing next to her, and she just kept staring at him. 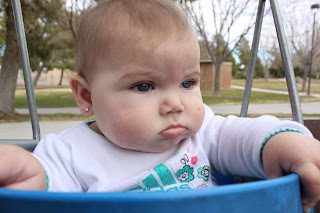 Then all of the sudden, she just started shaking and burst into tears! She was so scared.
(We'll have to try again next week.)
After the traumatic swing incident, we hung out on the bench watching some kids play football. Grace played with her dog Violet until she relaxed. 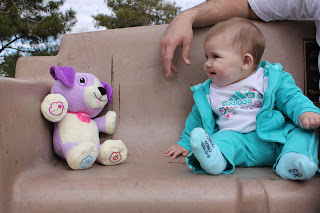 Then she made Daddy take her for a walk into the grass. 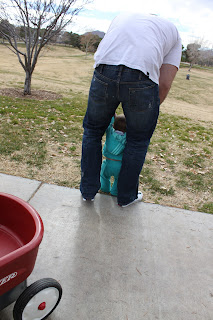 She was pretty interested in playing with the leaves. 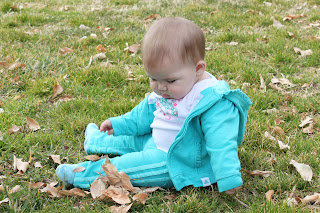 Once she had forgotten about the swings, we decided to try out the slide. 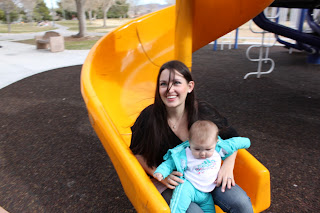 That proved to be much more fun, but I think she liked the baby slide better than the big, winding one. 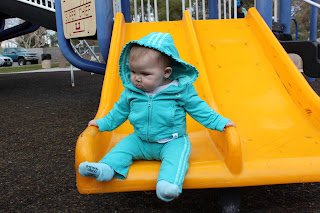 She hung out on the chain ladder, 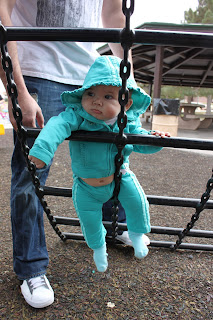 And swung on the monkey bars: 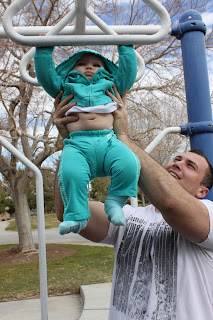 All in all, we had a pretty fun day at the park.
I'm sure Grace will appreciate it more when she's a little bigger!
Grace