No More Snowmobiling for This Girl

By Courtney Espejo - January 04, 2011
The past couple of years, we have been spending New Year's weekend up at our family cabin.
This year was no exception and we had A LoT of fun!!
Isaac and I took a couple of days off work and drove up there Tuesday night.
The road that we normally take was closed due to an avalanche, so we had to take the long way through Fredonia, Arizona. The drive really wasn't too bad, and we made great time. We didn't even see any snow until we got to Long Valley Junction which is about two miles from the cabin.
The first day we were there, it snowed: 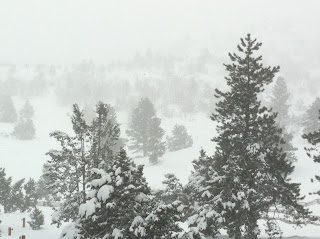 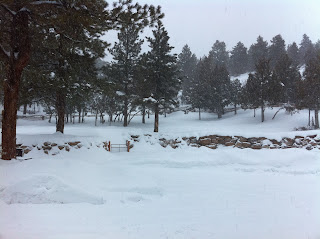 Since it was so cold (about 2 degrees that day), we did a lot of playing inside: 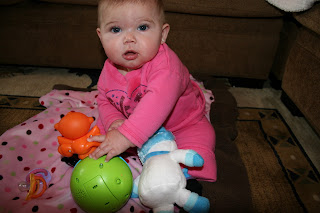 Grace finally got to meet her cousin Garrett, and she really enjoyed being around another kid: 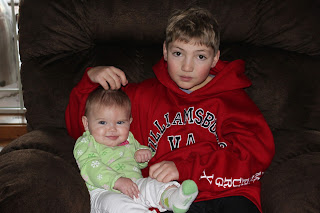 On Thursday, Kelli and Eddie drove up after work. We were a little nervous, because their car doesn't have 4-wheel drive. They made it all the way to the cabin, but couldn't get up the driveway. Rick went down and rescued them. The next morning, we went to get their car and had to tow it up the driveway: 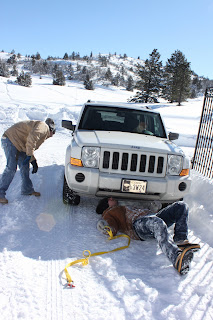 While the boys worked on getting the car up the driveway and chopped up some fire wood, us girls went sledding: 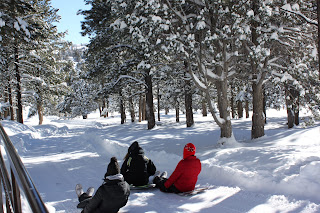 The boys finished up their work for the day, and then came to tow us back up the hill. Isaac decided to ride up with us while Ed drove the Rhino: 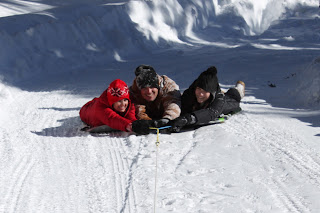 After sledding, Grace got ready to come play in the snow with us: 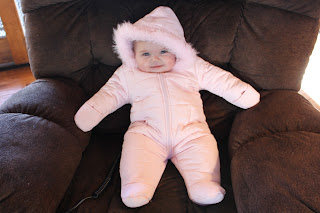 It was a little too cold for her, so she didn't last long.
After we took her back inside, we decided to jump off the balcony since the snow was so deep.
The boys went first: 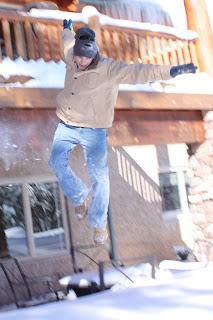 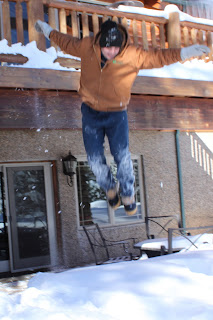 Isaac decided to land face first (he would), and froze for a while after: 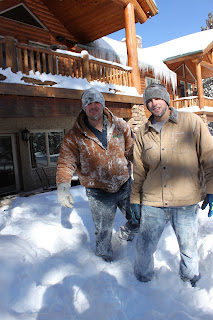 Next, it was our turn. It didn't look too scary until you actually got up there. I was pretty terrified to jump: 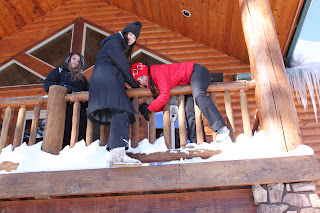 After I made Kelli go first and she survived, I went ahead and took the plunge: 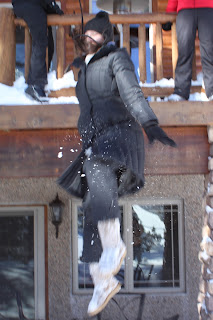 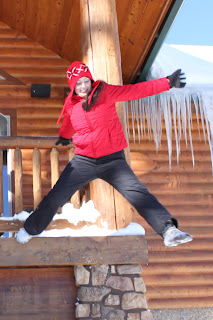 We all lived and had a great time playing in the snow.
We went snowmobiling later that day. I was pretty scared and about ten seconds into the ride, Isaac proceeded to get us stuck: 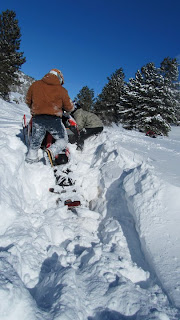 As soon as we got it out of the snow, I made him take me back to the cabin.
No more snowmobiling for this girl!
That night was New Year's Eve, so we all showered and got ready to celebrate.
Grace went to bed early, so the boys had a poker night while the girls played pool and board games. 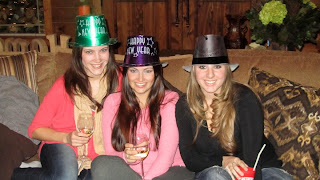 We had such an amazing weekend.
I love spending time with people that mean so much to me, and couldn't have asked for a better New Year's weekend!!
Family Friends Holidays Vacation