Picnic in the Village

By Espejos - October 09, 2010
Since we have been having such beautiful weather lately, Isaac and I decided that we wanted to take Grace to Lake Las Vegas for a picnic. We invited Kelli and Eddie, made some sandwiches, and off we went.
We found a nice, shaded area on a hill by the lake, layed out a blanket, and played with Gracie. 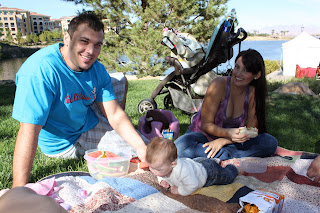 She even did tummy time without screaming. 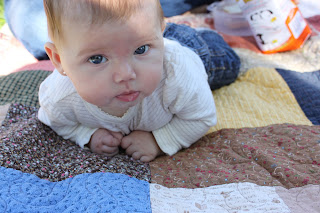 Probably because we let her suck on some watermelon. 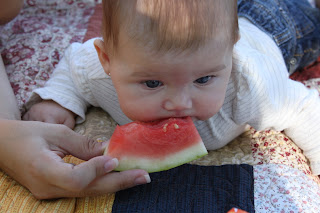 Montelago Village happened to be having 'Shakespeare in the Park' that afternoon, so we got to watch the cast practice and set up the play for "Macbeth". It was pretty interesting to see all that goes into a production like that. There was also a wedding going on, so Kelli and I watched that as well. It was really pretty and had a fall theme with red and orange flowers, hay bales, and pumpkins!
After that, we played some more, 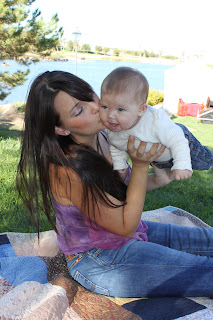 Grace hung out with Kelli and Ed, 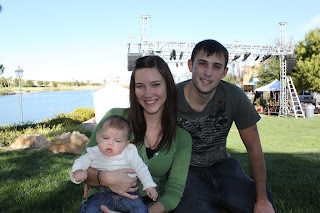 and then daddy fed her some lunch. After that, Grace was ready to go home for a nap. 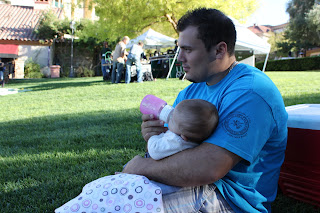 She had lots of fun in the village, and we did too! 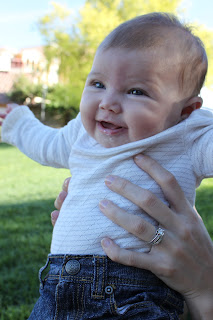 We can't wait to go back again.﻿
Family