By Espejos - January 27, 2010
...we are officially in the second half of pregnancy, and I swear every time I eat I feel like my ribs are going to pop out of place.  I'm so hungry, but I can barely fit any food into my stomach without being REALLY uncomfortable!
...we ate at Memphis Barbecue (again...and again).  This has definitely been my favorite thing to eat throughout the pregnancy.  We go there at least twice a week and sometimes more.  I think sweet tea is what I crave the most.  I've even started making decaf iced tea all the time at home to satisfy my cravings! 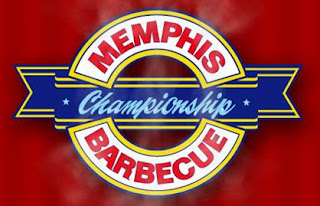 ...we got tons of rain over the past week and a half.  They said that Las Vegas got more rain last week than in all of 2009!  I've been loving it since we hardly get any here, but it is pretty scary to drive when the streets in your neighborhood look more like rivers.
...we finally finished the first season of True Blood.  I've been reading the books (currently half way through book 4) and Isaac has been watching the episodes with me.  I'm a little bummed though because the second season doesn't come out on DVD until June, which is the same time the third season begins on HBO.  I need to find a way to connect my laptop to our tv so we can watch the free episodes online! 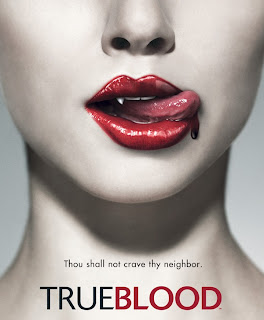 ...Isaac has been going to the gym a alot.  He started back up with his regular workout routine a few weeks ago and is really sticking to it.  He goes to the gym every day after work for about an hour and then comes home to do some P90X videos.  There is this thing called the couvade syndrome or the "me too" syndrome.  It's when the husband (or anyone that is really close to the pregnant woman) has a sympathetic pregnancy for her.  I am convinced Isaac has this.  It seems like everytime I have a headache, stomach ache, back pain, etc., he seems to get the same thing.  It also means that every time I want to eat something unhealthy, Isaac feels likes he should get to eat it too (and why not, right?).  Every husband gains some weight while his wife is pregnant, but Isaac is determined to look his best for the first pictures with the baby!  I told him that he better not keep this up until I go into labor...I just don't think he'd be able to handle it.  Plus, it's not like he can get an epidural or anything :)
...I went to another doctor's appointment.  I asked her about the kidney thing that the other doctor had mentioned.  She said that he didn't even put it in his "problems report" so I shouldn't worry about it.  I got to hear the hearbeat again which she found immediately, and it sounded great.  We have our third ultrasound next Monday (the 8th).
...we bought a Prenatal Heart Listener.  This thing is awesome.  It says that you will be able to hear the baby's heartbeat, hiccups, and kicks during the third trimester.  I've tried every night and have yet to hear anything, but I am still quite a few weeks away from the third trimester so I'll keep trying. It comes with two sets of headphones so Isaac and I can listen in at the same time which is really cool.  So far we've only heard our own heartbeats and we also tried it out on Izzie and Jojo and heard their heartbeats too.  You can also record what you hear and post it online for friends and family! 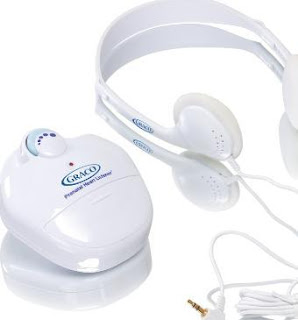 I'll post a new "bump" picture this weekend with an update on what Grace is up to!
Pregnancy Weekly Update